I have never been a risk taker.

But this week I took a big risk. I ran naked in public twice. The first time I was scared to death; the second time, my attitude was more like, “Eh, why the hell not? Let’s go streaking.”

I’m referring to two blog posts this week in which I wrote about moments in my past where I experienced intense emotions that ran so deep I felt incredibly vulnerable and naked writing about them and sharing them with the world, especially because both these posts were about very private matters I wouldn’t even tell a casual friend. I felt somewhat embarrassed reading over the first post to myself, but also realized it was something I’d want to read if someone else wrote it. I also knew it was very well written.

After several days of stewing over posting the first article publicly and re-reading and editing it about a gazillion times, I finally took a deep breath, squeezed my eyes shut, and hit that “Publish” button. After I did so, I actually felt light in the head, like I might pass out. I couldn’t believe I was crazy enough to actually take off my psychological clothes (my natural guardedness) in public.

But I was crazy enough.

At the same time, I began to feel delightfully liberated, like I was running through the streets naked–and realizing my nakedness was a beautiful thing and nothing to be ashamed of.

The second time (the abortion story) wasn’t as scary to post, because nothing untoward happened after I published my first “scary” emotionally revealing article.

I gained the courage to post these deeply personal articles by remembering that all my most liked, commented, and viewed posts have always been those in which I revealed the most about myself and my emotional state.

Of course, the ability to use the anonymity of the Internet and a handle instead of your actual name helps too. 😉 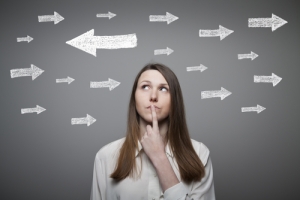 I need to make a decision.

Have any of you ever written a post you thought was amazing and longed, even ached–to publish it, but didn’t have the courage because you thought for whatever reason that it made you too vulnerable? That it revealed too many truths you wanted to keep private?

I have that problem right now. I just spent several hours working on what I think is my best written post ever, because my whole heart was poured into it while I wrote it. But it’s for that very reason I’m hesitant to let anyone see it. It’s not about anything controversial or shocking or illicit or illegal–I just think it shows me at my most vulnerable and that’s very, very scary.

Posting it for the world to see would be like going naked in public. Right now I’m just (figuratively!) naked in my own house–by keeping that post set to Private.
But I am longing to put it up. I feel like I must put it up even though I’m scared.

Have any of you bloggers ever experienced this, and what did you do about it? How did you resolve your indecision? If you decided to post it anyway, what happened?
What advice can you give me?