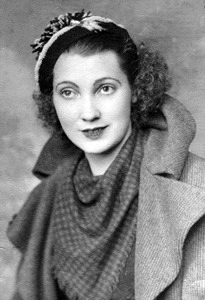 This is a very interesting article from Politico about Donald Trump’s relationship with his mother and what role she might have played in his personality development.   It’s interesting that he always praises his father but almost never talks about his mother, Mary.

The Mystery of Mary Trump

Most people who recognize Trump’s narcissism and sociopathy tend to think it was primarily his father who was to blame.   Fred Trump was very much like Donald, an emotionally distant and unsupportive taskmaster who instilled his own values of greed and materialism in his sons, and served as a role model for unscrupulous and dishonest behavior.   Donald Trump, the second youngest of five children and the middle son of three, felt unnoticed in his large family.  Desperate to gain the approval of his demanding father, who ruled his home with an iron fist, Donald essentially became a carbon copy of him. 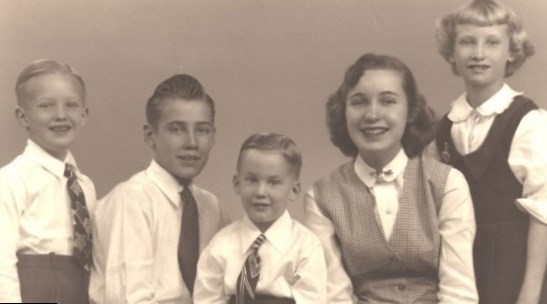 While Fred Trump may have contributed to Trump’s character disorders,  it was his mother Mary who might have been unwittingly responsible for the development of his NPD (I know he has no official psychiatric diagnosis, but since he fits all 9 traits of NPD, I think it’s pretty safe to assume he has it, in addition to Antisocial Personality Disorder or sociopathy).

When Trump was two years old, Mary gave birth to his younger brother Robert.  While the birth of a younger sibling usually doesn’t pose a huge problem for toddlers other than the normal sibling rivalry,  the birth almost killed his mother and she was basically unable to care for Donald for two years due to her medical issues.

For a two year old, this is devastating.  Two year olds are too young to realize this may not be their mother’s fault and has nothing to do with a sudden withdrawal of love.  The child’s sense of self is still forming and the sudden emotional or physical absence of a parent (especially the mother) creates a void in the developing personality.    Attachment trauma before the age of 6 or so very often leads to personality disorders.  The toddler years, when the child is just learning they are a separate individual from the mother, are especially critical.

For Trump, “middle child syndrome,” combined with a father who was both unempathetic and a questionable role model, and a mother who was suddenly absent when Trump was a toddler, was a perfect storm of events that eventually led to Trump’s dangerous personality.   I also think the event that cemented his burgeoning personality disorder into place was his parents sending him away to military academy at the age of 13 — another critical age in psychological and moral development.  Being sent away to military academy both confirmed in Trump’s mind that he was too unloveable to be allowed to stay home, and further instilled hyper-masculine values that, combined with his narcissism and sociopathy, would lead to toxic masculinity and the worship of “strongmen” and dictators later on.   Almost sixty years later, he’s still trying to please his father and has taken America hostage in doing so. 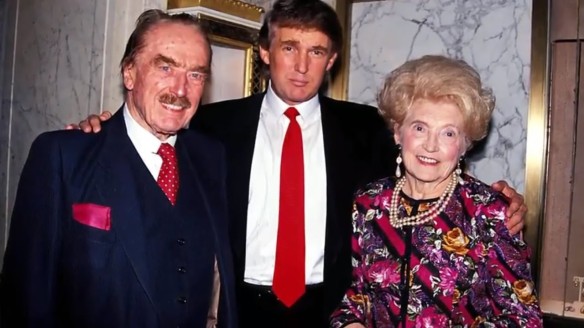 Donald Trump and his parents in the 1980s.

I find it both ironic and tragic that Trump is allowing Border Patrol and ICE agents to deliberately separate immigrant Hispanic children from their mothers and families.   Such egregious cruelty can only be carried out by someone who is lacking both a conscience and empathy.   Even if these children are eventually reunited with their parents (which is unlikely), they will almost certainly suffer serious psychological trauma, leading to attachment disorders such as RAD (reactive attachment disorder).  RAD very often leads to antisocial, borderline, and narcissistic personalities when these children reach adulthood if there is no psychological intervention.  At the very least they will struggle with lifelong C-PTSD and other trauma based disorders, especially if they are being farmed out to human traffickers.

It’s almost as if Trump is taking unconscious revenge on his mother for suddenly “abandoning” him by forcibly causing toddlers at the border to be separated from their mothers.

I really didn’t want to post another article about the dysfunctional Trump family today, but I just finished reading this and I think it’s too important to pass by. The writer of this post has autism and was raised by NPD parents who kept him isolated and alone. Here he discusses Barron Trump and how being isolated alone on his own floor of the Trump tower is very toxic for his emotional development, especially if he in fact suffers from autism, as many people have speculated.

Rick makes a case here that such isolation is a form of scapegoating or abusing a child, and if Barron is autistic, it would make sense that his father would target and punish him for being less than perfect.

This blog story is not only a follow-up for those interested in the horrors of the NPD and/or malignant narcissist family and hiding away the “different” child in an attic or entire floor alone”, it is for those who want a layman’s experience with the topic. Barron Trump lives on the entire top floor of Trump Towers alone. Sounds wonderful, doesn’t it? Wouldn’t you just love to have such an amazing childhood?  Please keep reading. 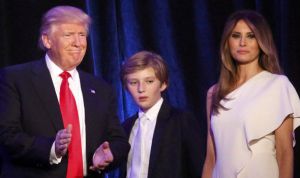 To make it clear, this is not an attack of Barron, anything but.  It is a wake-up call to
bring awareness to the “NPD Family Model” and how the IP (Identified Patient) or
scapegoat is tortured (for life usually unless proper psychiatric intervention who recognizes it treats it).

I am told the majority of NPD scapegoats do not make it into adulthood and those who do, unless they get a maximum amount of very good…