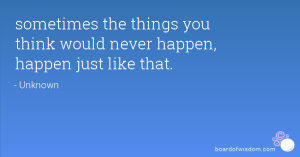 I’m talking about the increasing feeling of unreality and foreboding under this new administration, run by a sociopath that even ten years ago wouldn’t have had a snowball’s chance in hell of becoming president.

I sat, frozen in horror on election night, as I watched more and more states turned red, even states that have traditionally been blue.    I was upset, but I tried to talk myself down, almost convincing myself for a short time that maybe a Trump presidency wouldn’t be so bad.

But the days since his inauguration have been horrifying — and there have only been 7 of them.   One week of a four year reign.

Every day seems worse than the last.   As a nation, we seem to be on the fast track toward fascism, circling around  a looming black hole with little to no chance of escape.   Trump has been compared to Hitler. This is not hyperbole.  The comparison is being made even by intellectually respected sources who don’t usually stoop to sensationalism and fearmongering (or Godwin’s Law) to make a point.   If you doubt me, Google “Trump – Hitler.”    The similarities in both the men themselves and the tactics they are using to rise to power are chilling.

I’ve tried to stay away from the news, but I can’t.   I feel compelled to watch.  I know what this compulsion is:  it’s hypervigilance, a feeling I’m very familiar with.    I no longer feel safe here in America.   I feel like America no longer stands for what it once did, and its Constitution is being undermined a little more every day.  I am terrified, and feel like I have to scan the horizon for danger all the time.    But now I finally realize how someone like Hitler was able to rise to power.  I always wondered how that could have happened.  Now I know.  Along with the horror and feelings of dissociation, is a feeling of helplessness.   It’s incredibly triggering for someone already suffering from C-PTSD — only now it’s on a nationwide, maybe a worldwide, scale.

I can’t come home anymore and just relax.  Nothing is normal anymore.   I feel this NEED TO KNOW what Trump did or said.  During the day, I feel the same undercurrent of fear and hypervigilance I felt being raised by, and then married to, abusers.    And, like being married to an abuser, I never know what to expect.    With each new day, Trump seems to be getting bolder.  His outrageous comments, executive orders, lies, and hatred seem to know no bounds.   I’m very afraid.   I don’t think it’s exaggeration to admit that as a nation, America is in deep shit.

There seems very little that can be done.  We’re careening toward civil war, the removal of any civil liberties or even the right to protest, blatant discrimination and profiling of immigrants from “targeted countries,” even the possibility of nuclear war.   Information that has been freely available to the public is now being silenced, and facts are being denied.  We have a president who truly believes climate change is a myth and ordered the removal of climate change information, smack dab in the middle of the warmest winter on record — beating even 2016, which until this year held that record.

We have a president who lies constantly, who uses Orwellian “newspeak” to his own and his supporters’ advantage,  twisting language so that “lies” are now “alternative facts” and criticism and balanced reporting is “fake news.”    There’s no need for me to list all the insane, hate filled, and untrue things Trump has said, and all the unbelievably heartless and stupid things he is attempting to do, or wants to do.  He only seems to care about keeping his false self inflated, not at all about the American people or the country he’s systematically gutting from within as he claims to “make it great” again.   He is normalizing racism, sexism, authoritarian rule, and even the use of torture on immigrants under the guise of “rejecting political correctness.”

The man’s obvious malignant narcissism makes it possible for him to obsess over the small size of the crowd at his inauguration and then lie about it, and actually have the gall to order an investigation (paid for by the taxpayers) as to why was he didn’t win the popular vote.   Wah wah!   I guess winning the presidency wasn’t enough.   The man is an emotional ticking time bomb, and we should all be very concerned right now.

But I didn’t write this as a rant against Trump.   I don’t hate him because he is a mentally ill person who should never have come within 1000 yards of the presidency.   We allowed that to happen because of our complacency and apathy — and the way we have come to worship those who attained material wealth, no matter how they attained it.     I’m writing this because I’m scared to death. I know I’m not alone.   Every day I grow more afraid.  For all its faults, I never felt unsafe in this country before.   Like everyone else, I guess I took it for granted.  There were certain things that just wouldn’t happen in America — but they are happening now. Blatant fascism is becoming the new normal.   Things that would “never happen” are now more likely to happen than not.

Nothing can be predicted anymore.  Anything could happen.  There’s a new feeling of uncertainty and foreboding–and that awful helplessness–I never felt as an American.    There’s also a surrealness, a sense of dissociation and unreality.    It’s similar to the way I felt after 9/11, only this time it’s not an isolated event; it’s something that’s actually happening and will only grow worse if a miracle doesn’t happen, and soon.  This time we aren’t being brought closer together;  it’s a paradigm shift that will tear us even further apart.    Divide and conquer, is, of course, part of a malignant narcissist’s agenda to gain even more control and power. If 9/11 caused Americans to suffer nationwide PTSD,  a Trump presidency will cause a nationwide epidemic of C-PTSD.

We are so screwed.