I posted about this song before in this post about 1990s nostalgia.

I’m posting it again because it’s another song that’s been very inspirational to me in my journey and always reminds me to appreciate the moment, the day I am presently occupying.
Every day can be a great day!

I’m adding this to my page of songs that have inspired me or helped in my healing journey (which is found in the header).

We are lucky here in Asheville, NC to have a radio station 98.1 (The River), whose slogan is “Different is Good.” They play a mix of alternative, indie pop and rock songs from the 1980s to today, and they also showcase local artists and bands (Asheville is a HUGE music town with a ton of venues that play live music).

One song that gets a lot of airplay on The River is one of my favorite songs ever, by one of my favorite bands ever. It’s from 1994 and back in those days was categorized as “college rock” or just alternative. Bands like Toad the Wet Sprocket, They Might Be Giants, and Gin Blossoms were just too pop and their melodies and arrangements were a little too pretty to qualify as grunge, even though it was popular around the same time.

I don’t really know why I love this song so much, but I never grow tired of it. 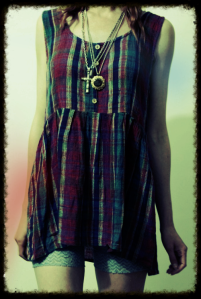 Even though I came of age in the late 1970s and am not a member of Gen-X (although I’m pretty close), I actually prefer the music of the 1980s and 1990s. The 1990s in particular had groundbreaking, exciting music that I still enjoy today. In the car on the radio today, I heard this song, which I had nearly forgotten. It has a positive message and great hook and everytime I hear it feels like the first time all over again. It’s hard to wrap my mind around the fact this song is 21 years old (the same age as my daughter). My son was not even two when this hit the airwaves. I was still so young really (early 30s). There’s nothing quite like nostalgia for a lost time–nostalgia is like dark chocolate: both bitter and sweet.

When I look back on the 1990s, they sort of remind me of the 1960s turned on their head. It’s hard to explain, but the ’90s have the same kind of psychedelic feel to them that the 1960s had but are much “darker” than the 1960s. The ’90s seem “dark” like the ’70s, but in a more psychedelic, surreal way with lots of indigos, deep reds and blacks rather than the browns, hunter greens and harvest gold of the 1970s. I don’t know if this makes any sense, but each decade to me has a color, pattern, or group of colors that I associate with it.

Bizarrely, the early 1990s today seem like a simpler, even more innocent time–a time when there was still no Internet (for the average person anyway), rock music was still getting airplay (and was still good), people had become cynical and distrustful of institutions but the economy was still chugging along, 9/11 hadn’t happened yet, Clinton was still president,  MTV still played music videos, and people still primarily used landlines or pay phones to talk to their family and friends (big clunky primitive cell phones were only affordable to rich Yuppies who used them for business). There was no such thing as Smartphones, Facebook, Twitter, or social media. People still wrote letters, sometimes emails, and called their friends and loved ones rather than texted them. Kids still played outside (although there were plenty of video games to keep them entertained). Commercial radio today is vastly different than what could be heard in the 1990s. So much has changed since hen.

As an addendum, I want to mention an excellent BBC documentary, in which a middle class British family spends one month “living” through the years 1970 – 2000. Each day is a different year, and everything from the clothing to the food to the technology available at that time (in Great Britian, which was behind the United States in the 1970s) was painstakingly recreated for each year (day) and their house decorated appropriately for each decade. It’s also fascinating to watch how the family adapts to all these changes, and how hard the “primitive 1970s” were to the children of the family, who were all born in the 1990s: