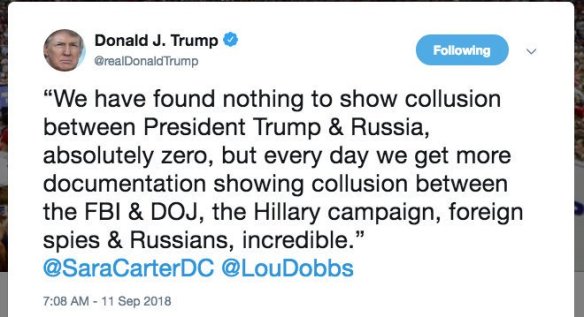 An example of narcissistic projection.  Blame others for what you are guilty of, even when there’s no proof.

Some of you may remember Trump’s overconfident, even arrogant and obnoxious alpha- male behavior at last year’s G20 summit in Germany and other events where he had to mingle with world leaders:  arrogantly pushing aside Montenegro’s president so he could get to the front of the group, the childish refusal to shake Angela Merkel’s hand, his standoffishness, and other gestures and comments indicating his contempt and disregard for the the leaders of western democracies.   I could go on with examples but that would take too long and it’s not my point in this post anyway.

Trump is under enormous stress right now, due to recent events that don’t bode well for his future in politics or even his freedom:  Mueller and his team are beginning to move closer to Trump’s inner circle, his longtime “fixer” Michael Cohen has turned against him and admitted he lied under oath (and telling Mueller everything he knows).   Perhaps most ominously, in just over a month, the new Democratic Congress, headed by the very competent and confident Nancy Pelosi, takes over, bringing much needed checks and balances back into government.  These Democrats can and will hold Trump accountable for his crimes and unethical and cruel policies, and Trump knows it.   The party’s almost over.

For perhaps the first time in his 72 years, this overgrown spoiled brat who has always gotten his own way and never been held accountable for anything in his life, will finally be made to answer for his illegal and immoral mob boss ways, and Trump isn’t pleased.    In fact, right now he’s feeling pretty shaky and insecure.   He’s not even able, at the moment, to mask his insecurity with his usual false arrogance and bluster.  He’s emotionally deflated and terrified of what his future holds,  and his mental state shows in his odd behavior at this year’s G20 summit.    He seems more like a frightened little boy about to be sent to his room and denied his favorite TV show than the fearsome dictator he aspires to be (or thinks he already is).

I had noticed on several occasions that Trump only looked truly happy when he was hobnobbing with vicious dictators like Putin, the Crown Prince of Saudi Arabia, or North Korea’s Kim Jong Un.   I’ve never seen him smile like he is in the picture below (either Putin or MBS was approaching, though I can’t recall which one) with any leaders of western democracies.  (In fact, he always seems downright uncomfortable with them and is very critical of them).   This is one of the only genuine looking smiles I’ve ever seen from Trump.

Here’s another of him in the private (closed off to the press) meeting that took place in the Oval Office last year with Russian oligarchs.  He looks genuinely happy.

So, it doesn’t help Trump’s fragile ego that his despotic buddies (and objects of his childlike hero worship) Vladimir Putin and Saudi Arabia’s crown prince Mohammed bin Salman (MBS) appear to be shunning Trump like a couple of catty middle school girls at the G20 summit this year.

Watch this incredible video of Putin and MBS sharing a moment of laughter and high fiving each other as Trump comes lumbering into the room from behind.    Trump must be painfully aware that these two despots have never smiled or laughed with Trump the way they do here with each other.  Deep down,  Trump must know that he is not as well regarded or well liked by these two as they like and regard each other.    But  as they are very likely pure psychopaths rather than mere malignant narcissists like Trump, they would naturally have more in common with each other, both of them being free of that pesky emotional fragility and hypersensitivity to criticism that people with NPD are always saddled with.   As pure psychopaths, they don’t care what other people think of them: they just do what they want.   Although Trump shares their lack of conscience and empathy, he also cares very much what people  think of him, especially those who (like Putin and MBS) are useful to him.

Trump definitely sees them, and his jealousy of their bond is as obvious as his orange tinted spray tan.  Here’s a closeup screenshot someone took of Trump’s face during the exchange.  If looks could kill! 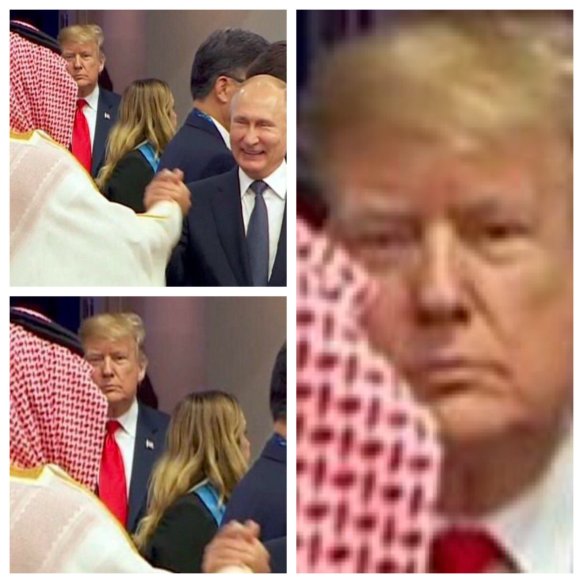 Although I’m not a mental health professional and can’t make a diagnosis, most mental health professionals agree that Trump almost certainly has all 9 DSM criteria for  Narcissistic Personality Disorder (and fits most of the criteria for Antisocial Personality Disorder).   When a person has both NPD and ASPD (sociopathy), they are considered to be malignant narcissists.  Malignant narcissism, a term first coined by psychologist Erich Fromm back in the 1960s, isn’t a clinically accepted medical term, but it’s well known in the narcissistic abuse community (and now, due to Trump, is becoming known outside of that community and is practically a household word, much like the term gaslighting has recently become a term most “lay” people know the meaning of, because Trump and his followers do it so constantly).

NPD causes a profound lack of empathy that often manifests as social awkwardness. This causes even some professionals to initially mistake people with NPD as being on the autism spectrum.  Some narcissists can fake empathy, but Trump isn’t one of them. While his inability to fake empathy may actually be a saving grace for the country and the world (Trump’s poor acting ability makes his disorder more obvious and therefore he is less dangerous than someone who can hide behind a mask of fake compassion and kindness).

As a result, Trump often shuns social events that require him to show empathy, or camaraderie with others.   Like all narcissists, he is terrified of appearing awkward or socially incompetent in public, and because he doesn’t possess the acting ability to fake social competence or empathy, when he is forced to attend such events, he usually is off by himself, physically not present, or behaving in ways that deviate from what the others are doing and appear strange, inappropriate, and awkward. Notice how out of touch he seems in both these photos. Due to his lack of empathy, he cannot read social cues that others can read with ease.

This is why Trump has refused to attend the annual White House Correspondents’ Dinner, in which one of the traditions is to “roast” the current president and other high profile politicians.    Trump has never forgiven Obama for roasting him about insisting he produce his birth certificate at the WHCD in 2012.  Obama’s joke at Trump’s expense got uproarious laughter from the audience.  Narcissists cannot stand to be laughed at, even as a good natured part of a tradition.  They can’t roll with the punches because they take themselves very, very seriously.    A joke at their expense becomes a severe narcissistic injury.   (The White House Correspondents’ Dinner discontinued its comedic roasts this year, possibly due to not wanting to risk any more “hurt feelings.”)

Here’s a photo of Trump at last year’s G20 summit in Germany, and you can see how isolated he is. Keep in mind that at that summit, he was among highly intelligent people who are leaders of world democracies and cognizant of world affairs. Trump, having little in common with them (and painfully aware his intelligence and knowledge of world affairs could never match theirs) sits, nearly pouting, by himself.

It’s even worse this year for him, and Trump, not possessing acting abilities, doesn’t even seem to be able to fake a smile (or arrogantly push aside the president of another country, as he did with Montenegro’s president Milo Đukanović).   He  appears unusually isolated, morose, angry, and unhappy.   He is suffering severe narcissistic injury due to what he knows is coming (even though he continues to deny any wrongdoing).  The apparent rejection of his heroes Putin and MBS at the summit are like salt in an already festering wound.

At his rallies back at home, he’s surrounded by people less educated and more ignorant than even he is (and is fawned over, adulated, and even worshipped as if he is God, and this infuses him with the narcissistic fuel he needs to function), so it’s easy for him to snap back into his alpha male show of bravado and false confidence, but at a foreign summit full of intellectually superior world leaders, he cannot and his emotional vulnerability is on display for the world to see. 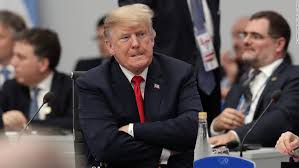 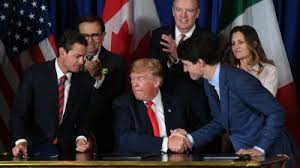 Trump is a man who knows the walls of justice are closing in on him, and even his foreign despotic allies seem to be losing respect for him. He may even be a liability to them at this point. I almost want to feel sorry for Trump, but because of his two year reign of terror and the immeasurable trauma he has caused to Americans and the entire world, I have no pity for him. He deserves whatever is coming.

In the next few weeks, until the Democratic House convenes on January 3,  Trump is going to double down and his aggressive behavior and lies here at home (where he’s back in his element) will become much worse.  We need to hang on and be courageous as his narcissistic rage will be nearly out of control.  But take heart:  it’s almost over, and he knows it.  That’s why he’s lashing out at anyone who isn’t on his side:  journalists, Democrats, women, liberals, and anyone who criticizes him.  But it’s temporary.  Like the Wicked Witch of the West, he has been doused with water, and he’s melting.   He will scream and flail and put up a mighty fight, but he will not be able to destroy democracy.  We are stronger and more powerful than any flailing, screaming, decompensating narcissist because there are more of us and we have truth on our side.

Don’t be surprised if he resigns.   While resignation is an act of defeat that seems out of character for someone as narcissistic as Trump, if he can no longer hold up the facade of invincibility, in order to save face resignation may be his only option.