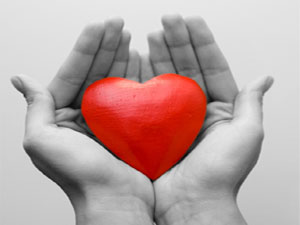 This article will be in two parts.

This part is a brief overview of HeartSync and how it works. The second part will be about my personal experience in Chapel Hill over the past four days.   I just returned today from a four day intensive spiritual/psychological retreat that addresses childhood trauma and helps you release that trauma to re-connect the various parts of your heart that were separated or dissociated due to trauma.   HeartSync attempts to re-synchronize the various parts of your “heart” (really different parts of the brain), to make you whole again, recognizing that God himself (Jesus) is the only one who can bring a person back together again and rebuild the neural pathways that were broken by a lack of early attachment to the mother.  The therapist is just a facilitator.

The goal is to release “trapped pain,” through emotional catharsis facilitated by “God as primary therapist.” Once the trapped pain is released, the person usually begins to see improvements. Sometimes this can be pretty dramatic (as I will describe later — we got to see four “live demonstrations”).

I can’t give you a exhaustive description of everything I learned, because there was so much information. In a nutshell, HeartSync is a type of trauma and attachment-therapy that merges psychoanalytic and traditional psychological modalities (including brain science) of healing with Christianity and spirituality.

It’s believed that anything can be healed with God/Jesus present in the therapy room guiding the session, but there are certain protocols that must be followed by the therapist, as with any other modality of psychotherapeutic healing.  The patient or client must also be willing and have at least some belief in God or Christianity for it to be effective.

HeartSync was developed by Father Andrew Miller, an Anglican minister and licensed therapist (LCSW), using an intriguing combination of his knowledge of brain science, traditional psychology, psychoanalytic techniques, and Christ-centered spirituality used to heal trauma and “mend the brokenhearted.”

It is believed that there is no one with any disorder who cannot be healed–and not only that, healed much faster than using traditional, secular therapy–just by using HeartSync techniques.   Some people whose trauma doesn’t run too deep can be healed in a single session.   Others take longer, but it normally doesn’t take as long as traditional therapy, due to the presence of inviting God/Jesus into the sessions to direct the course of therapy.

Unfortunately, it’s under construction right now, so the information on the site right now is minimal and a bit hard to navigate.   I’ve been assured this is being worked on.

The human brain and its “core parts.”

All humans are made up of “core parts,” which make up the “heart” of a person.  These core parts correspond to various areas of the brain.   These “core parts” are:

— Original Self (The Identity Center; “who am I”? — this is overseen by the Orbital Prefrontal Cortex and regulates Dopamine (the “feel good” chemical.)     In a healthy person , the Original Self can move around freely and is not obscured or buried by Hidden Guardians, or renegade Function or Emotion parts that have overtaken the Original Self in reaction to traumatic events.   A person without access to or who is dissociated from their O.S. will feel an inner emptiness or a “void” they cannot fill.  This “emptiness”  is common in C-PTSD, BPD, NPD, and other personality disorders.  It is also present in DID.

— Guardians (precortical — amygdala).  Guardians stand between Function and Emotion but under normal circumstances do not block the interface between them in pathological ways.  These guardians allow the person to have healthy boundaries, not only between themselves and others, but between their various “core parts.”   In a healthy person, there is free communication between all the core parts, but only as needed.     The Original Self (soul–prefrontal cortex), Emotion (right brain–cortical), and Function (left brain–cortical) work together beautifully when they are synchronized and allow God in to guide the person along in their life choices.

— The “Attachment Center” is ruled by the thalamus and basal ganglia — these are the most primitive pre-cortical (primitive) brain structures.  Attachment is our most basic need.  If attachment and bonding was not sufficiently formed during infancy, the person will experience problems with all the higher brain function listed above.   A trauma occurring at a lower level/more primitive level of brain function will be much harder to heal than one occurring during later childhood or adolescence, when the cortex was fully formed and cognitive memory and language had kicked in.

But “remembering” an event is not necessary for healing.  Even if a trauma occurred during early infancy or even in the womb,  before myelinization occurred, thus making  cognitive memory possible,  a person can still release emotional or physical trauma, even if they can’t remember what the trauma actually was.

Every human possesses all these core parts.   They should all work together like a symphony.

Unfortunately, with trauma, the core parts get so separated they can no longer communicate with each other, and in severe cases, become so dissociated or blocked the entire personality splits up into alters (Dissociative Identity Disorder).

Severe trauma, especially Type A trauma, can lead to a physical altering of the actual brain itself, which cannot normally be healed without the intervention of God through prayer and the willingness of the individual who is to be treated to change.

The lower the level of the brain structure (1 – 4 in the diagram ), the earlier the trauma occurred and the more difficult the treatment will be.

Type A and Type B Trauma

There are two types of trauma:

—Type A trauma:  not getting what you need from a caregiver (outside of physical needs like food, shelter, warmth, and fluids): the lack of love, acceptance, positive mirroring, acknowledgement, nurturing, communication.   The Still Face experiment,  which I’ve talked about in previous posts, shows very graphically the changes that come over an infant denied those important attachment signals from the mom, even if only for a few minutes in a controlled setting like a therapist’s office.     We are wired for attachment, and the lack of it has devastating effects on the personality.

—Type B trauma:  any bad thing that happens to you, either in childhood or later on.   This could be physical or overt emotional abuse, sexual abuse, ritual abuse (many DID patients were ritually abused in satanic or other cults),  PTSD caused by trauma in war combat, natural disasters, serious illness, being battered by an abusive spouse, being abandoned, the death of a loved one, the sudden loss of a job, or even loss of a dream.

Type A trauma can be worse than Type B, because it tends to happen during infancy, is pre-verbal, and unlike later trauma (which is stored in Emotion or Function, which are both part of the cerebral cortex of the brain) is stored in the very primitive, subcortical, “reptilian” regions of the brain (the amygdala, basal ganglia, and thalamus).  The victim can’t name or describe the trauma because they have no language for it and it may have happened so early the brain wasn’t myelinized yet and so there is no corresponding cognitive memory of the trauma.

It’s harder for a patient to describe Type A trauma– a “lack” of attachment–or convince others that this is abuse, because most people are more likely to show sympathy when you can “name” the abuse or traumatic event and it was overt (Type B trauma).   People may not be sympathetic when you received all your physical requirements, were physically well cared for, and were not physically abused.  But if there was a failure of maternal/infant bonding, the person will never know learn how to connect meaningfully with others and build a healthy relational capacity until and if they can address the Type A trauma they endured.

Type A trauma is why children who were orphaned or abandoned as infants so often develop severe attachment disorders, which can and do lead to Complex PTSD and the personality disorders (the partial fracturing of the Original Self — in the case of NPD the person sets up an “alter”-like “personality” called the False Self) or even DID (the complete fracturing of a personality into separate “alters”) later in life. 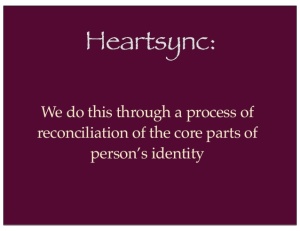 The roles of the Guardians.

We all have Guardians.   Guardians are universal core parts situated between Function and Emotion; they are responsible for all our defense mechanisms and decide what Emotions can be felt by the person at a given time and which ones can’t.  They help us maintain good boundaries. Everyone has at least one Guardian (the Primary Guardian).  A person with trauma-or attachment-based disorders such as Complex PTSD, DID or the personality disorders, probably has several or many Guardians (Hidden Guardians), which may appear to the person as different “people.”  Hidden Guardians are all split off from the Primary Guardian at the time of the trauma that created them, so some guardians are still very young children and their particular “job” (defense mechanism) is the only thing they ever knew how to do. There are at least 15 kinds of Hidden Guardians. Most of these are merely dysfunctional; a few are aggressive and hostile.

All Guardians (including Hidden Guardians) have one primary purpose: to protect the inner child (Original Self) from having to feel or experience further trauma or painful emotion by keeping it locked up in the Emotion part of the brain, not letting it through to Function (or only letting it through when it’s appropriate to do so, if the Guardian is healthy). Guardians are the mind’s Gatekeepers.

In a person with DID, the guardians (as well as the split Emotion/Function core parts) are so disconnected from each other that the person has amnesia for some or most of their alters and there is little to no communication between the various core parts, or hostility/animosity between the core parts, including the Guardians.

When healthy, Guardians enable the person to create healthy boundaries and allow just enough information as the person needs to filter from Emotion to Function, and back again.  When a person begins to heal, Guardians don’t disappear, but they may “flip their role” from a pathological defense mechanism to a healthy defense.

For example, a Guardian, when healed, does not go away. Instead, it can learn to switch from negative judgment of people and situations (that keeps a person trapped in unhealthy and self sabotaging life habits) to a role of wise discernment, or making the best choices (this is where God comes in, who helps the person make those healthier choices).

Here is the continuum from normal brain functioning to the most pathological due to severe abandonment/abuse trauma:

Because there is SO much more information and my goal here isn’t to be a HeartSync instructor (at least not now), I am going to stop this post here.  You can check their website above if you’d like to learn more.

My next post (Part Two) will be about my personal experience  over the past few days.  That will be up tonight. I need to get it here while it’s still fresh in my mind. In some ways, I feel like a completely different person and feel a lot “lighter” mentally and emotionally.

You can read about my first day in this post (that resulted in am intense release in a very large pocket of trapped pain).
https://luckyottershaven.com/2016/11/16/checking-in/