Currently, one of my favorite blogs is the progressive Christian pastor John Pavlovitz’ blog Stuff That Needs to Be Said.     There have been so many times I’ve wanted to reblog his wonderful, very readable articles, but alas, his blog features no reblog button.   Therefore, I will just provide the link to his latest.

The Christian Right has indeed become quite terrifying, as they have weaponized a religion that was intended by its founder to be peaceful and based on love in order to achieve an evil and heartless political agenda based on power and greed.    It has become more like a cult than a religion, but sadly, a lot of people are buying it.

The Christian Right Is Radicalizing White People I Love 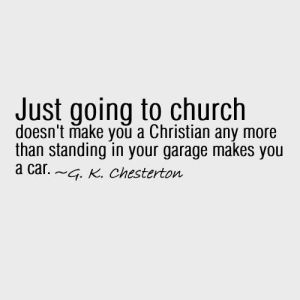 If the devil wanted to kill a religion, he would not be transparent or obvious about it.   If it was Christianity he was trying to destroy, he would not woo people with pentagrams, blood sacrifice, black masses, and upside down crosses, and new commandments telling us to blaspheme God, rape, kill, and steal.   That stuff is from the movies because it’s dramatic and scares most of us.   If the devil exists, he knows being that transparent would drive most people off rather than attract them.

On the contrary, if the devil wanted to kill a religion (say, Christianity), he would package his diabolical agenda in a nice, “Christian” package.   There’s a reason why he’s known as the “Father of Lies.”   He would use crosses and Bibles and images of European Jesus.   He would talk about vague “Christian values” or “the sanctity of the family.”

If the devil wanted to kill a religion, he would pick one or two culture-war issues that many religious people  have glommed onto (in our culture, this means abortion and homosexuality) and weaponize them.  This serves a dial purpose: (1) to deceive conservative Christians into believing his agenda is in fact “good,” and (2) to exert control over people, particularly women.  Because  people’s sex lives are so personal (and because these issues happen to be popular “culture war” issues today), these two things can be easily weaponized to instill shame and guilt, so those so deceived believe they are not being controlled but are in fact promoting “Godly morals.”

If the devil wanted to kill a religion, he would twist and pervert Scripture so it became its opposite.  This would happen gradually, so the change would barely be noticed.   Values once normally accepted as ungodly or evil — greed, money-worship, sexual abuse, child abuse, pedophilia, rape, dishonesty, and treachery, for starters — would be excused, receive “mulligans,” or even be celebrated and encouraged in some situations.  Dominionist types believe the means justify the ends, which means that immoral or abusive behavior is okay as long as they help to bring about “God’s kingdom on Earth.”  At the same time, values espoused by Jesus in the Bible — charity, empathy, unconditional love, and concern for the poorest and most vulnerable — would be dismissed (at best) or even be called sins (the dominionist evangelical God doesn’t favor those who are sick, poor or disabled, so helping them becomes a “sin”).  This bears no resemblance to anything Jesus taught.    Religion is simply being used as a handy vehicle to promote a diabolical agenda.

If the devil wanted to kill a religion, he would cherry pick verses in the Bible to dupe people into thinking his twisted perversion of the original passage is the Word of God.  “See? It says so right here in the Bible!”  Scripture can be — and is — interpreted many different ways, depending on the translation, what we “read” into the passage, and other factors.   Much of the Bible is not as cut and dry as we’d like it to be.   Being able to quote from the Bible doesn’t make you a good person or a good Christian.  Even Satan can roll Bible verses off the tip of his forked tongue.  He could even use some Bible verses to justify evil — and some “Christians” today do just that.

If the devil wanted to kill a religion, he would weaponize the religion against those people who most espouse the true values of that religion.  Good and moral people with kind hearts have been leaving the American evangelical churches in droves lately, because what is being preached is diametrically opposed to what’s in their own God-given conscience.  They deplore the hypocrisy, superstition, denial of science and truth, ignorance, hatred, intolerance, emotional abusiveness, and cruelty of the modern evangelical church.  But the devil wouldn’t miss these good people, because they’d all be replaced by those most like himself — liars, hypocrites, narcissists, sociopaths, abusers, sadists, control freaks, and those without conscience, compassion, or love.

If the devil wanted to kill a religion, he would encourage believers to destroy God’s creation (in the name of God, of course) and take no responsibility for its stewardship.  He would tell them it’s okay to dump toxic, life-destroying substances in the water and air.    He would tell them that laws that protect them against those who would poison them are bad.  He would tell them that to use the earth sustainably is a sin because it shows a lack of faith in God’s ability to replenish it.   How is this different from telling teenagers it’s not only okay to trash their parents’ home during a party but that to clean up their own mess is wrong because it shows a lack of faith in their parents’ ability to do so?

If the devil wanted to kill a religion, he would blaspheme God by attributing his own dark and destructive nature to that God.   Such a “God” would therefore be constantly angry, war-mongering, narcissistic, compassionless, sadistic, rejecting, hate-filled, and authoritarian.   Such a “God” would favor the most powerful and ruthless with riches and material goodies while meting out unspeakable suffering on the most vulnerable, who he hates.  He would tell us to steal from the poorest to give to the richest.  He would “punish homosexuals” by sending hurricanes that destroy entire cities (that kind of twisted reasoning we hear from the likes of Pat Robertson have no basis in logic at all).    He would call social justice and altruistic behavior “socialism” or even “communism” and ruthlessness and cruelty “law and order.”   He would be a God devoid of mercy or grace.   He would be a God who, were he to meet the Jesus of the Bible, would reject, deport, and even kill him because of his dark skin, poverty, and compassion for the “least of these.”  In fact, there would be precious little difference between that “God” and himself.

If the devil wanted to kill a religion, he would tell believers they must vote for and support a certain highly immoral, narcissistic, and cruel person and tell them they will go to hell if they do not.     He would gaslight those who can see through the hypocrisy and lies by attributing that same false idol’s depraved values and actions onto them.

It’s not just Christianity that has been perverted into its opposite.  The same thing is happening to Islam, once known worldwide as a religion of peace.  The Taliban, ISIS and Sharia Law are extremist factions of Islam that twisted this peaceful religion into a cult of war and death.

I don’t know if I believe in a literal devil or not.  But I do believe in evil, and in the idea that evil forces exist in this world.  The modern American evangelical churches are a hotbed of evildoings in these times.   In my opinion, it’s much better to be an atheist.  I know plenty of wonderful atheists who are extremely good people who always try to do the right thing, so it’s a total myth that a belief in God is a requirement to have morals or a conscience.

How does one avoid being duped into worshipping a false God?  Observe what sort of fruit a church or a religion is bearing.  If they bear only rotten fruit, or their teachings and values are authoritarian; or they talk about hell, death and punishment more than they talk about God’s grace or mercy; or if they weaponize their doctrine against the most empathetic or the most vulnerable; or even if you just feel really uncomfortable in that church or with those people, run away!