The timeframe of the movie is short — but just long enough to get a feel for the man Lyndon B. Johnson (LBJ) was, and the mostly unsung impact he would have on history.   It begins just before Kennedy chooses Johnson (played by Woody Harrelson) as his Vice President, which comes as a surprise to him because they are really such strange bedfellows:  Johnson, a good old boy conservative Southern Democrat with a reputation for having been opposed to civil rights legislation, and Kennedy, a Massachusetts Catholic liberal from a long line of successful attorneys.    The movie concludes only a few weeks after Johnson takes on the Presidency after Kennedy’s death on November 22, 1963.

Johnson comes off sometimes crude and ill mannered on the surface (there’s a hilarious scene where he’s barking orders at his aides while sitting on the toilet with the door open), but soon it’s apparent his crusty and unpolished exterior hides a sensitive and often insecure soul within — and one with surprising depth.  After Kennedy finally asks him to be his vice president, Johnson’s personal insecurities and doubt in his own abilities become more apparent.   He isn’t sure he’s up to such a huge job, especially as the right hand man of a president who is both extremely popular and handsome, so he turns to his sympathetic wife, Lady Bird (played by Jennifer Jason Leigh) for reassurance and encouragement.  These intimate moments of emotional vulnerability and insecurity humanize LBJ.  His emotional sensitivity is also revealed during an exchange with Kennedy’s younger brother, Bobby, who has always disliked Johnson and seems to look down his nose at him, in spite of Johnson’s efforts to be liked by him.    Johnson finally asks Bobby why he doesn’t like him.  The two never become friends, but later on, Bobby seems to develop at least a grudging respect for LBJ.

Politically, LBJ is constantly torn between two opposing factions of 1960s Democrats.  While he’s  learning the ropes of such a high profile job, he also struggles between not alienating his southern conservative supporters while at the same time going full speed ahead with the liberal dream of civil rights legislation which will please Kennedy’s eastern liberal constituents. He knows he must find a balance between both groups without alienating either.   As it turns out, compromise and legislation are both things he finds out he has a gift for.

Kennedy’s assassination is shown in a series of flash-forwards, with the doctor’s grim announcement of JFK’s demise at the hospital where they have been waiting the news, tying all previous action to that moment.   Suddenly someone in the waiting room addresses Johnson as “Mr. President,” and at first he seems taken aback.   He has grown close to Kennedy, and like all the rest of them, he needs time to grieve, and he does.

LBJ takes on the mantle of the presidency with humility and almost self-deprecation, but is determined to fulfill Kennedy’s dream of passing the Civil Rights Act of 1964.  By now, it has become his dream too, and you begin to realize he never actually changed — he was never against civil rights, but in earlier days had been afraid of displeasing his more racist constituents.  But now, Kennedy’s liberal dreams of a more egalitarian and just America have become his too, and the movie ends with a landmark speech that became one of the most memorable in American history.

Woody Harrelson does a great job playing the role of LBJ, capturing the man’s complicated nature, and Jennifer Jason Leigh does an equally good job with her smaller role as the supportive Lady Bird Johnson.    I wasn’t as impressed with Jeffrey Donovan’s JFK, who seemed wooden and unconvincing in the role, and Michael Stahl-David’s Bobby Kennedy came off as an insufferable spoiled brat, which probably wasn’t Reiner’s intention, but Bobby was also very young here, so perhaps his behavior wasn’t atypical for someone that age from the type of background he came from.

I don’t think a movie like LBJ would have worked until Trump took office and began systematically dismantling everything accomplished in America during the Civil Rights movement as well as the legacies of presidents ever since Roosevelt’s New Deal.  Johnson, remembered mostly for his acceleration of the war in Vietnam (he’s the only president in recent history who refused to run for a second term, perhaps because he realized his favorability rating had sunk so low) has never been held in high regard compared to other presidents, but in watching this movie, you begin to realize LBJ was a decent and basically humble man who was gifted at legislation and compromise, and who stood for many noble causes and passed laws that helped a great many everyday people.

There’s a poignancy in seeing what LBJ was able to accomplish, and how he was able to bring groups of disparate people together and solve problems diplomatically.  For all his  flaws, you realize that this is the way democracy is supposed to work, and LBJ was good at it.   It’s a bittersweet reminder of a time before Watergate when Americans still trusted their government and their leaders.  It’s sad that we now have a corrupt government that seems to be attempting to divide people and undo everything that’s been accomplished in the last 50 years.

My rating:  Four of Five stars. 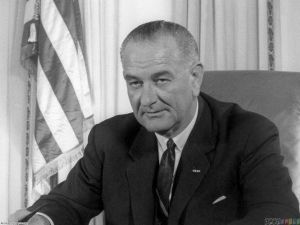 I rarely go to the movies (the last movie I actually took myself to see was Inside Out), but I really, really need to see LBJ, the new dramatic biography about Lyndon Baines Johnson.    Johnson was the 36th president of the United States and served from 1965 to 1969.   I remember his presidency but was just a child so don’t remember too many details from that time.

Johnson (“LBJ”) is one of those presidents people always forget about.   If anything, he’s remembered more for sending thousands of young men to their deaths in Vietnam via the draft.  That hasn’t given him a great reputation compared with other past presidents.

But Johnson, a Texas Democrat, also did a lot of good things and cared about his fellow Americans, regardless of income, class or race.   He was involved in early environmentalism and gun control efforts.  He started Head Start, Medicaid and the Food Stamp program, all part of his far-reaching “Great Society” (much different in spirit than today’s War on the Poor).   He wanted to pass single payer healthcare.    He was a supporter of the Civil Rights movement, working toward more racial equality and passed the Voting Rights Act bill. 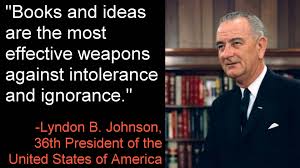 It’s timely that LBJ’s contributions are being given the credit they’re due and someone finally made a movie about this man’s life and why America was so much more economically liberal than it is today (Bernie Sanders only seems so left-wing today because we’ve moved so far to the right; even Nixon would seem like a progressive today).    I think the egalitarian and progressive values Johnson held haven’t been held in very high regard since the 1970s, with even the Democratic Party moving ever farther to the right, but I think the tide is slowly starting to turn back.

I actually remember this commercial.  I was around the same age as this little girl when it was first aired.

I think most Americans, even some Republicans, are tiring of the anti-poor, pull yourself up by your bootstraps rhetoric and the “solution” of trickle down economics, which has never worked and never will work for the majority of Americans.   Many people are realizing we began to go down a very dark path when Reagan was elected and unregulated capitalism and the trend toward blaming the most vulnerable instead of helping them became the norm.    It’s been this way for forty years now, and we’ve finally hit rock bottom with Trump.  Now we can see where we went wrong, and maybe someone like LBJ is needed again (but who will also keep us from fighting immoral wars).   So I’m glad a movie was made about him and his memory is finally being honored.

I’ll write a review of the movie after I see it.