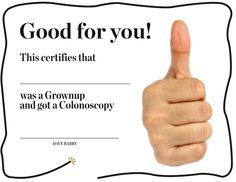 My daughter, whose doctors suspect she has Crohn’s disease, had to go in the hospital today for a colonoscopy to rule out colon cancer. She’s all clear, so most likely the stomach problems she’s been having for about 5 years is “just” Crohn’s disease. Further tests have to be run to pinpoint exactly what she has, so she can get appropriate treatment. She’s so young to have to have that icky procedure. She’s groggy today from the anesthesia and sleeping it off at home but shes glad it’s over with and I am too. They even gave her photographs to take home (she won’t be posting them to Facebook, lol). 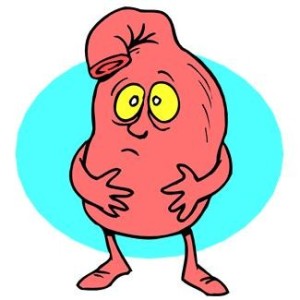 I wish I didn’t find this out through Facebook. 😦 Ever since she was about 15, my daughter has had episodes of intense abdominal pain, severe enough that she’s had to be taken to the emergency room on several occasions.  These episodes always seem to follow eating.  Her doctors tentatively diagnosed ulcers but no definitive diagnosis was made. One idiot doctor even said it was probably “nerves.” 🙄

Last night she had another episode of severe stomach pain and went to the emergency room again.  For a few weeks prior to that, she had been losing weight, and was anemic and suffering from strange rashes (these are all symptoms of Crohns).  I just saw her post on Facebook saying she was diagnosed with Crohn’s disease, which is a chronic, autoimmune gastrointestinal disorder that has a tendency to lead to complications such as bleeding, weight loss, and even bowel obstruction and cancer.  There is no cure, but medications and changes in diet can control the symptoms.

Naturally, as her mother I’m worried but I’m glad doctors finally know what it is. I’ve asked her to call me later about it. In the meantime, please send prayers her way.