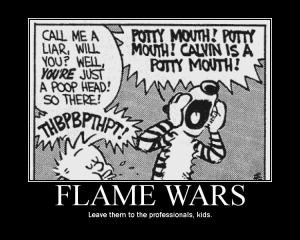 I hate flame wars but it looks like Seeing Plural is not going to bury the hatchet and agree to disagree which is what I would prefer.

He/she wrote a trollish, abusive post about me today and won’t let go of his/her grudge against me and the fact I have not removed my NPD joke page. I have explained over and over again why the joke page is there, and have already removed the offending article about DID (MPD). I have apologized for posting an article about DID with misinformation. I don’t know what more I can do. I just want to put this ugly flame war to rest. 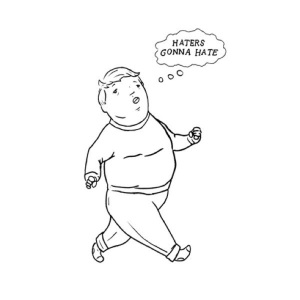 I would just let this whole thing pass and let them hate, but I simply can’t because of the vitriol in their comments about me today as well as their nasty remark about my commenters and supporters (thank you everyone! ❤ )

In their latest article bashing me and my blog, I found this highly offensive (and wrong) assumption about me:

For just a tiny bit of background, I want to point out that Bennett is more than twice our age, and is a white cishetero Christian who appears to be more or less able-bodied and is functioning well enough to keep and take care of her children. As opposed to our Latino origin, trans presentation, queer background, and mostly-satanistic or agnostic system who can’t, most days, function enough to leave the house. Bennett is on the winning side of social power structure here.

Excuse me? Winning side of what social structure? I may be white, able bodied, and Christian (non-fundamentalist though and do not interpret the Bible literally) but I am also a supporter of gay rights (my son is gay) and I highly resent this accusation of racism on my part. I also don’t give a damn if someone is agnostic (I used to be myself) or atheist or any other religion.

Most importantly, I am hardly winning in the “social structure.” In fact the “social structure” is something I feel like I have to do battle with every day of my life. I live near or at the poverty level, and have a low paying job that allows me to live paycheck to paycheck and no more. I do not own my own home, I drive an old car, and have very little disposable income. So I would like to know where this person gets this ridiculous idea I am on the winning side of the social structure?

I wish this person would stop visiting this blog if they hate it and me so much. My advice: stop make nasty assumptions about me unless you actually know me, because obviously you do not know anything about me, my ideals, or what I believe in.

This blogger is a bully. I have said nothing so personal and offensive against them as they have against me.

I apologize for the negativity in this post. I want this to remain a positive experience for people who come here, not a place for flame wars. But bullies who make personally offensive remarks against me and my followers deserve to be called out.

I am now letting this drop.

31 thoughts on “Can we please end this flame war?”