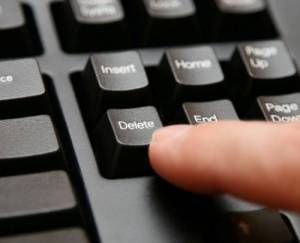 …but went ahead and did it anyway?

I just did earlier today, with my poetry. I haven’t written poetry in years and I feel like it really isn’t good–too melodramatic and full of purple prose. Like a tacky velvet painting, done up with garish colors and second-rate drawing. Something you wouldn’t even bother selling because you know no one would buy it; so to get rid of it, you just wind up giving it to Goodwill or something.

I think my prose is much stronger. But people seemed to like the poem I wrote. It was also very cathartic for me to write that, and deeply personal. It’s easy to have second thoughts about making something that personal public. Especially for those of us who have lived with and been raised by narcs, everything is so damned dangerous.

To think that the world is full of malignant narcissists and psychopaths who could be stomping all over my fragile and bleeding heart which I just lay out there in the big wide open world of the Internet is a scary, scary thing, but as bloggers about narcissism, we can’t let that stop us. We must be brave.

Yeah, those narcs could be sitting there right now laughing at everything we write, even quoting us elsewhere and making fun of us among their sycophants. If we write about being victimized (which most of us do because that’s how we learned what we know), narcs are at least going to be reading our stuff. They will not be empathetic. If you think about that too much, you’ll lose your courage and won’t write anything.

So to hell with those narcs. They are going to read what we write. They love to read about themselves, even if it’s negative. To a narc, negative attention is better than no attention. It’s still narcissistic supply.

So what are they gonna do? Troll our sites? We can always not approve comments. So far I have only received one abusive comment and into “Trash” it went. Some narcissism writers have made their blogs private or required people to sign in before they can see any posts. I won’t do that with my blog. It’s an open book, available to everyone and anyone, even narcs.

This is a blog primarily meant to be a form of self-therapy (though it’s become a lot more) so why should I edit my thoughts and feelings? Why should I make my blog a “private club”? No, I won’t ever do that. I hate exclusivity and having to sign into a website. If I have to sign in, I probably won’t bother joining. So I’m not going to do that to you, either.

So anyway, after I posted my poetry I waited for the vomit sounds and crickets. I’m glad that hasn’t happened. My stupid hypervigilance again. I always short sell myself.

I kind of felt the same way posting “My Mother, the Exhibitionist” because the behavior I described in that post is deeply embarrassing to me (and almost borders on pornography). But it is a perfect example of the way some narcissists behave in front of their kids and others, and it affected me, so why would I NOT write about it?

The minute I start editing my thoughts on this blog is the minute I’ve sold out and the blog becomes something other than what it was meant to be–a public online diary. I will never sell out.

But I won’t ever talk about my crush on this blog. Ever. I know that’s probably got some wheels turning. Nyah nyah, too bad. Deal with it. 😉

9 thoughts on “Did you ever almost not post something…”