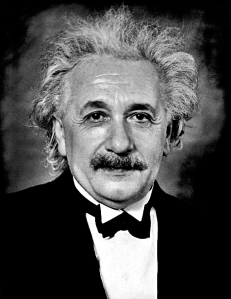 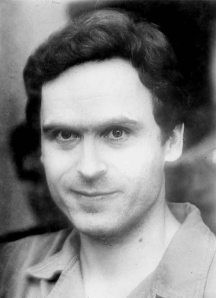 Einstein is known to have been autistic, and Ted Bundy was a malignant narcissist of the worst kind.

Most people today are aware that autism runs on a spectrum, but many people do not know that narcissism (psychopathy) also can be found on a spectrum, running from mild to the most severe just like autism.

Severe autism: The patient seems profoundly retarded–may not even be able to dress themselves, eat, or go to the bathroom without assistance–but may have a special ability, such as having a photographic memory of dates, or baseball scores, or a talent for art or music. Here you will find the “idiot savant” phenomenon, which I think is really just that the autistic person has focused ALL their intelligence into one or two narrow interests. As is true of all people with autism, they do not “connect” with caregivers the way neurotypicals do, and avoid physical touch or interpersonal contact, even from infancy.

Moderate autism: The patient can function and may be attracted to repetitive tasks and routines, and becomes easily upset if their routine is disrupted. They may engage in repetitive actions such as headbanging or echolalia, but is able to learn if given special instruction to suit their unique learning needs and can possibly be mainstreamed into regular education later. They may focus all their energy and intelligence on the things that interest them to the expense of anything else, but they can be very knowledgeable about the things they like. Keep in mind, people with moderate or severe autism are NOT retarded, but for whatever reason have shut themselves off from the world and from social interaction.

Mild (high functioning) autism; sometimes known as Aspergers Syndrome: Aspies function more or less normally in most things, and don’t usually need to be placed in special education programs, but they are likely to be very awkward socially. This can range from completely avoiding contact with others, to odd behaviors like one-sided conversation where there is no awareness the other person may have lost interest, interrupting the other person, or just having an odd, formal or pedantic way of speaking. The reason for this is Aspies cannot read social cues the way neurotypicals can, and as a result are likely to be shunned by their peers and bullied. Most Aspies however, are very intelligent, and many of not most “nerds” are actually high functioning autistics. They can be successful if they are encouraged to develop skills and knowledge in whatever interests them and can find a career that doesn’t require a lot of social contact. Cognitive behavioral therapy can help them improve their social skills even though being able to read social cues will always elude them. Albert Einstein was an extremely high functioning person with autism, but he didn’t learn to speak until he was three years old and his teachers and parents thought he was retarded.

Mild narcissism: People who are mildly narcissistic should probably not be considered psychopaths. They may not even fit the criteria for NPD. Many people with Cluster B personality disorders such as Borderline personality disorder, can be quite narcissistic but because they have the capacity to feel some remorse and empathy, they’re not true Narcissists, but they have enough N traits to belong on the low end of the spectrum. In some cases, however, they can become psychopathic.

Moderate narcissism (NPD): People with moderate NPD can be psychopathic. They are dangerous lovers, friends, and family members who care very little about others, although there may be occasional times they can feel remorse (usually this “remorse” is more because they got in trouble, not true concern about the person they have hurt). Unlike those with Antisocial Personality Disorder (sociopathy), Narcissists are unlikely to engage in criminal behavior, or at least not the sort of heinous crimes that will land them in prison. However, they are immoral and their actions may border on the illegal or they may commit a crime if they think they can get away with it. But because they want to maintain a squeaky clean image and gain others’ trust, they may avoid committing crimes altogether.

Malignant Narcissism (psychopathy): These are the true psychopaths, who think nothing of using, abusing, and hurting those close to them. They are expert liars and manipulators, and not only do not feel shame and remorse, they may also have sadistic impulses and actually enjoy watching their victims suffer (moderate narcissists just don’t care). These are extremely dangerous people but because they are also attractive and charming (at first) they are good at getting others to do their bidding before completely destroying them. Victims of the MN can suffer all sorts of severe mental disorders such as major depression, C-PTSD and may even attempt or commit suicide. My ex-husband falls into this category.

Psychopath or Sociopath?
There is some confusion (and it confused me for awhile too) as to what the difference between a sociopath and a psychopath is. They are very similar, but a sociopath is basically someone with Antisocial Personality Disorder rather than narcissism. APDs can be very narcissistic, and they are similar to Narcs in other ways too, especially in their lack of a conscience. Like narcissists, they show little to no remorse.

The person with APD is much more impulsive and not as skilled or savvy in planning out their actions. They do not think before they act. Hence they are far more likely to break the law and be in prison than a person with NPD.
You will find NPDs in the top echelons of business, government, and religious organizations and they all too often weild great power, which further boosts their already inflated self-image. APDs will rarely if ever reach the top of these “respectable” professions because they are too impulsive and lack the self-discipline to attain those levels. Many if not most people with APD are in prison or have at least had some trouble with the law. There has been some speculation that while the person with NPD knows the difference between right and wrong but just doesn’t care, the person with APD may have trouble distinguishing right from wrong. Does that mean if they could learn the difference, they would become narcissists instead?

Serial Killers.
Serial killers may be either sociopathic (APD) or psychopathic (Malignant Narcissists). Narcissistic killers are far less likely to be caught than sociopathic killers.

Ted Bundy presented a very good impression to his victims (even working in a rape crisis center) and was good looking and well educated. He had a law degree and a charming, trustworthy demeanor. He also planned his crimes in a manner where it was difficult for him to be caught for a long time, and even after he was caught and sentenced, passed himself off as an expert in serial murder, and before his death, his theories were actually used by police and forensic specialists to help identify and profile other killers of this type. Ted Bundy was a narcissist and a psychopath.

Ed Gein was a sicko who didn’t take care of his appearance, didn’t make a good impression, lived in a filthy hovel filled with body parts, and did not plan his crimes in a very organized manner. He basically acted on impulse. When he was overwhelmed by the urge to kill and cannibalize again, he would just go out and do it. Of course, like Bundy, he didn’t feel remorse and even took pleasure from the torment and horror he caused in his victims, but his actions were impulsive and strictly done to fulfill an immediate need. Ed Gein was a sociopath who probably had APD.

6 thoughts on “The spectrums of autism and narcissism”