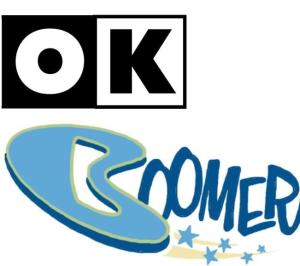 “OK Boomer” is a recent viral meme that serves as a sarcastic taunt a younger person uses against a person of a certain age (who may not actually be a Boomer, just simply  older than a Millennial) when the younger person feels that the older person is being condescending, judgmental, unempathetic (to the Millennial’s financial woes), or just plain wrong.

A comment I saw on Twitter today perfectly illustrates the reason why “OK Boomer” resonates with Millennials (and many Gen Xers too).

Presumed Boomer (explaining why he/she hates the term “OK Boomer”):  I freakin’ HATE it. With age comes wisdom, Millennials. Your insolence is regarded as immaturity and ignorance. But I would expect no less from a generation with MUCH to learn about EVERYTHING.

I have to admit, even as a butt end Boomer myself (who all too often sees the first two thirds of my own generation as having ruined everything for the last third I’m a part of), I can relate to the retort more than the complaint.

And yet, as a mostly unwilling member of this disliked generation, I can still understand why the term would rankle those of a certain age, who have called it ageist, petty, and insulting.   It puts us in a box.   Like all stereotypes, it assumes we are all the same.   We are not all against Millennials.  We do not think they are all spoiled, entitled, and only care about the next Selfie they take.   Some of us actually can relate to them and are empathetic to their plight in today’s world which has kicked out all the supports from underneath them.  And believe it or not, some of us are struggling too, especially those who, like me, are edging close to the cusp of Gen X.    As for Gen X?  They just get kind of  lost in the maelstrom.  But they were always kind of ignored anyway.    I have heard “OK Boomer” being used against people in this generation too.   Apparently, to some Millennials, anyone over age fifty (or maybe even forty) is a Boomer. 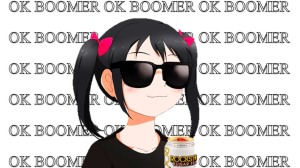 One of the gazillion and one “OK Boomer” memes.

“OK Boomer” is not undeserved.   While OF COURSE there are good Boomers who don’t treat younger generations like a candiru infestation (make sure you have a strong stomach before clicking on this link), stereotypes always contain a grain of truth, which is why they get started in the first place.    Sure, individual Boomers have done great things (and have contributed great things to the arts, especially music),  but let’s be honest.  I don’t think the Boomer generation on the whole has done much good in the world.   That’s because of their collective narcissism, lust for power, and tendency to be judgmental of others who don’t think just like them.    They also tend to be extremely religious, to the point of zealotry.  Being religious is not itself a bad thing (in fact it can be a good thing),  but when a zealot tries to push their religion on others as the only correct way to believe, or worse, tries to legislate it,  it becomes cultlike and that it is definitely a very bad thing.  And religious zealotry and cultish behavior is definitely one of the biggest problems America is dealing with right now.

Boomers (as a generation) were treated like little gods by the adults around them when they were growing up, and they thrived under a good economy, an optimistic national mood,  and the US at the height of its power and influence in the world.    Now, on their way out the door, they’re making sure they take all their toys with them and leave behind a scorched earth that the young will have to fix, if it even can be fixed.

That’s why Millennials (and Xers) are so angry.    So, while the phrase “OK Boomer” is slightly annoying, I can’t really take issue with it.