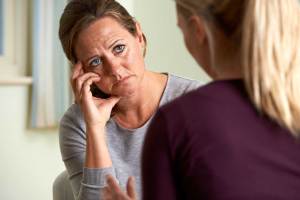 I started this blog over four years ago partly because of my discovery that I had been spending more than five decades of my life trying to please and win the unconditional love of a mother who simply wasn’t capable of giving me that kind of healthy love a normal parent has for a child.    Emotionally, I was still a child trying desperately to please a parent who could never be pleased, and in fact, resented me because of who I was.

Distance made me think over a few things.    I also came to understand exactly what a malignant narcissist is, and after some time, I realized my mother is not one.    Malignant narcissism is a mixture of NPD and Antisocial Personality Disorder with paranoid or sadistic traits.   My mother, while highly narcissistic, is not at all antisocial or sadistic, but she does check off most of the criteria for NPD (narcissistic personality disorder).  She also fits much of the criteria for Histrionic Personality Disorder.

Unlike a malignant narcissist, my mother does have a conscience and knows the difference between right and wrong.  She doesn’t “think like a criminal” and would never do anything illegal.  She has a sense of ethics.   She’s not sadistic and doesn’t enjoy seeing people suffer.  She likes animals and children.  She doesn’t have much empathy, even for her loved ones, but she isn’t the sort of person who enjoys watching others suffer or tries to cause them suffering;  she is mainly just cold and indifferent to the troubles of others, and fails to take responsibility when she has emotionally hurt someone.

Even so, as a parent, she was still very damaging.   Along with my borderline/narcissistic dad, who also was an active alcoholic during most of my childhood and adolescence (addictive disorders and alcoholism tend to exacerbate Cluster B personality types), there was lots and lots of drama, instability, fighting, screaming, accusations, gaslighting, hiding the truth from others, and abuse both physical and emotional while I was growing up, and it was mostly directed at me.  Needless to say, my growing up years were painful and traumatic.  As the only child in their marriage, I was constantly scapegoated and gaslighted and held to impossible standards, the implication being that I was never good enough and could never measure up.

Things could have been worse, but the damage was done.   I never felt like a full adult, and my self esteem took a beating.  I came to believe I wasn’t capable of very much in life.  My high sensitivity was used against me, treated like a defect or a weakness, instead of something that would ultimately become one of my greatest strengths.  I never really found my niche career wise, and I married an abusive, sociopathic husband who in many ways mirrored the emotional abuse I had suffered at the hands of both my parents as a child.

I felt especially uncomfortable, impotent, and childlike whenever I was with my mother, and this lasted into my fifties.  I’m not sure why this was so.  Perhaps because of my parents, she was the more narcissistic one, the one who seemed to always disapprove of me no matter what I said or did.   She would constantly gaslight me, give me “left handed” compliments that were really criticisms, find ways to embarrass or shame me in front of others (and then say I was being too sensitive or “imagining things” when I objected to this treatment), or blame me for things that weren’t actually my fault.   She never seemed to empathize whenever I was victimized at work or bullied at school and would instead tell me why I was bringing those things upon myself.

Going No Contact with her was necessary and freeing, and as I wrote about our relationship, I discovered many things about myself I never knew.   I discovered that I was not the failure and loser she’d always led me to believe I was, but my emotional growth had been stunted.   Anger followed but that passed.  Once it passed, I started to realize she was who she was because of the abuse she had suffered as a child.    I didn’t want to resume contact, but the more I read about narcissism, the more I realized she was simply a garden variety narcissist (which in a parent, is still very bad!) and did not meet the criteria for Malignant Narcissism.

For four years I avoided her phone calls (after awhile she stopped calling) and only sent cards on her birthday and Christmas.   But one day a few months ago, I took a phone call from her.   I figured it must be important since she rarely tried to call me anymore.  After all, she’s in her late 80s and it could be an emergency I needed to know about.   So I took the call (it turned out to be something pretty unimportant, though I can’t remember the specific reason she called).  She might have just been love bombing me, though there’s no way to know for sure.

Rather than tell her I had to get off the phone (as I would have earlier in my recovery), I decided to find a neutral subject that wouldn’t lead to an argument and we might be able to find some common ground on (a kind of grey rocking).  Since I was so caught up in (and disturbed by) the Trump presidency, I sent this up as a trial balloon and asked her what she thought about the latest debacle (which at the time was the cruel child separation policy at the border).   Politically,  we’re on the same side, and like me, she is horrified by Trump and what’s happening to this country (this is another way I can tell she’s not a sociopathic or malignant narcissist).   So for about half an hour, we actually had a pleasant (well, if you can call a conversation about the current political situation pleasant) conversation without any arguments or putdowns or gaslighting.    For once, I didn’t feel like a defective five year old.  For perhaps the first time, I felt like she was treating me like a fellow adult capable of thinking for myself.  It felt good!   We spoke for almost an hour, and right before we hung up, she said something she had never said to me before.

She said, “I have really missed you.  I love you so much.  You are such a good person.”

“You are such a good person.”   Whoa!  That’s simply not something a narcissistic mother would say to her child.   Nothing about my external appearance or my financial status, social class, worldly “success” or lack thereof.    Not only that, she sounded sincere, almost on the verge of tears.  I began to think that perhaps, I had misjudged her, and she wasn’t actually a narcissist at all.  Maybe she was just a borderline or maybe she had changed with age and was no longer a narcissist.

I didn’t speak to her again for another few months, but I began to toy with the idea of cautiously breaking my No Contact rule and going Low Contact.    It took me a long time to call her again, but the night before last week’s election, I finally shored up the courage to give her a call.

I decided to use the impending election as a way to start the conversation, since politics had worked the last time.    And it’s true we agreed about who we wished to see win the midterms and how much we both hated Trump and the GOP.   But this time the conversation wasn’t the same.   It felt forced and tense.   She kept interrupting me to say I was being too negative and dwelling on negative things too much, just like the old days before I went No Contact.   She seemed to want to change the subject, and kept asking me personal questions about myself.  I talked to her a little about the kids (her grandchildren) but when she asked me about myself, I clammed up.  I felt like she was prying and I didn’t want to tell her about myself (not that there’s much to tell).    Then she started saying she wanted to come visit me in the spring.  I don’t want her to come visit in the spring, or at all.   Just like in the old days, I felt diminished, put down, like a defective five year old again.   I realized nothing had really changed at all.

But that begs the question, what had made her say, with tears evident in her voice no less, that  I was a ‘good person’?  That’s just not something you hear someone with NPD say.   She seemed to mean it; I don’t think it was love bombing (though it could have been).    Perhaps for a fairly low level narcissist who isn’t malignant (but is still dangerous to others due to their disorder), the clouds occasionally part and they can actually see things clearly, the way they really are, without lying to themselves or others about what they see.     Perhaps she envies the fact I care about others, and am politically involved, and while normally such qualities might make her resent me,  at that particular moment, her guard was down and she realized she actually admired those qualities in me.

I’m pretty sure that on some level, my mother does love me.  At least I know she means me no harm.  And I love her too; she is my mother, so how can I not?    But the truth is, she is still a narcissist, and I simply can’t have any kind of serious relationship with anyone on the narcissism spectrum, especially someone I have so much unresolved childhood baggage with.   So it looks like it’s going to be just us exchanging cards on birthdays and Christmas, and we’ll see what happens as far as any future conversations go.  I just know for my own mental health, staying Very Low Contact is best.