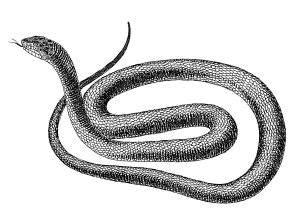 When someone shows you who they are, believe them.
— Maya Angelou

Several times at his rallies, Donald Trump has done something out of character — he has delved into literature to make a point, specifically poetry.  Ironically, the poem Trump has chosen to recite to refer to the immigrants he dislikes so much was written by a black 1960s soul singer and social activist, Oscar Brown Jr.

The other day, in front of the White House lawn, a huge crowd of supporters gathered,  and once again, Trump recited the words of “The Snake:”

On her way to work one morning

Down the path alongside the lake

His pretty colored skin had been all frosted with the dew

“Take me in oh tender woman

She wrapped him up all cozy in a curvature of silk

“Take me in, oh tender woman

Now she clutched him to her bosom, “You’re so beautiful,” she cried

But instead of saying thanks, that snake gave her a vicious bite

“Take me in, oh tender woman

“I saved you,” cried that woman

“Oh shut up, silly woman,” said the reptile with a grin

”Take me in, oh tender woman

Take me in oh tender woman,“ sighed the snake

To those of us who have a knowledge of malignant narcissism and have connected that to Donald Trump’s poisonous character, the snake he refers to here isn’t actually the immigrants he so despises — it’s himself.    The “tender-hearted woman” who took him in are his gullible supporters, who “took him in” and continue to support him, even though his policies will hurt them too.

Donald Trump is the snake, and he knows it.   In almost everything he says and does, he reveals who he is.   This is a psychological defense mechanism known as projection, which is really a form of gaslighting.   It’s also sometimes known as blame-shifting.

Pay attention not to who he demonizes and blames, for that is not the real message he is sending, but to what he is blaming them for.   His negative projections onto others are code (probably unconscious) for what he himself is doing or feeling.   In that sense, he is very transparent and doing us a huge service by warning us how dangerous he is.   There are so many examples of him doing this I won’t even list them all here.

All malignant narcissists project, and once you’re aware of it, you can’t miss it.   A narcissist always reveals himself or herself through the blame they try to shift onto others.  Whenever a narcissist starts pointing fingers, listen to the words they use and then put the narcissist in the place of the person or group they are projecting onto, and you will learn the truth about who they are.   It’s a very handy skill.