Tonight on a whim I looked up an old Facebook friend I hadn’t talked to since 2012 (we had been close from 2009-2011) and was shocked and very upset to learn that she died this past September of Merkel cell carcinoma. She’d had to have part of her jaw and her lips removed and I even saw her post that first announced her terminal cancer diagnosis. She asked for prayers.

I never knew. I never bothered to check in on her until tonight and felt just awful about not having been there at all for her while she was in so much pain and dying. I left a post on her wall (which is still up) telling her to rest in peace and how sorry I was. What else can you say to a dead friend you abandoned? Sure, she was only a Facebook friend but I still feel like an insensitive heel.

About two years ago, another casual friend, someone I had actually known through work who ran a blog about living in poverty in the United States, and who was known to have suffered from major depression, committed suicide. I hadn’t talked to her in several months, and it was her husband who posted about her death on her wall. I learned this horrible news THE DAY AFTER she killed herself. All I could do was offer some kind words to her bereaved husband, who had loved her very much and was understandably devastated. I felt ashamed at not having talked to this woman during the months prior to her suicide and was almost too embarrassed to say anything to her husband.

I always seem to find out bad news about friends and people I used to know on Facebook, which is another reason I don’t like Facebook too much.

But neither of these things are as terrible as the way I treated a close friend of mine from back in the 1980s. Robert was gay and he was one of my best friends for several years. We used to have a blast together, and were even roommates for awhile. I remember planning his 21st birthday party and how much fun it turned out to be (and I hate parties!)

But Robert was also promiscuous and brought strange men home while we were roommates. He also developed schizophrenia around this time, and due to both his bringing men I didn’t know to the apartment and his declining mental condition, I had no other choice but to move out. We continued to remain in touch occasionally even after I married, but over time, as friendships do when lives go in different directions, we lost contact and stopped speaking. 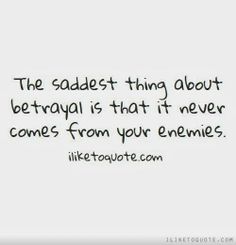 Just after my son was born in 1991, I received a phone call from Robert’s sister. She told me Robert was in the hospital and very close to death. He had AIDS and had lost his vision and his mind, and was no longer able to feed himself and had to be cared for like an infant. It occurred to me he probably already had AIDS during the time I knew him. I was shocked at the news and promised to come visit him in the hospital, but I never did. In all honesty, I was afraid to see him like that and chickened out, even though I had intended to go.

He died two weeks later. His sister called again and invited me to the funeral. Again, I didn’t attend because of the guilt I felt over having abandoned him and never visited him in the hospital.

I realized later how selfish this was of me, only caring about my own needs and feeling like seeing him like that would be too upsetting and just plain weird. My friend needed me when he was dying and I let him down. I never forgave myself for that and still pray for God to forgive me for my selfishness. I’m sure He has, but I never really forgave myself.

That’s why I feel like I’m a terrible friend and maybe don’t deserve to have any.