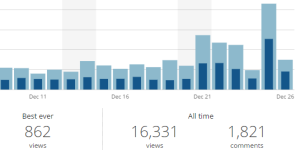 Then I got 2 private emails.

I won’t quote them here out of respect for the privacy of the individuals who wrote them (I did initially, since I wrote this post under the influence of a little too much wine, LOL). Both queries were from people who’d been referred here through Vaknin’s links.

The first one was from a woman who knew about the book I was thinking about writing about Sam. She lives in the same country as him and attends conferences with him. She offered to help me with editing/writing but more impressively she said she could help me be able to get an interview with him without having to fly to Macedonia. I am not sure how she knew about the book I’d been planning to write unless he told her himself (not surprising for a narcissist to brag someone wants to write a book about him, hehe). I had put that idea on the back burner, but since it’s something I still want to do, this offer would be incredibly helpful to me and maybe I can get to it sooner.

The second email was from a woman (Aspie like myself) who said the article that’s getting so much buzz right now made her cry tears of hope because both her sons are on the autism spectrum–the youngest one also Bipolar and showing possible narcissism. The sons’ father is a malignant narcissist and sociopath. She wanted her sons to read portions my blog because she thinks it might be as inspiring to them as it is to her.

I have no words to describe all the emotions I’m feeling right now. I love the idea this blog might be growing legs but even more so that it’s giving other people like me hope. Later my thoughts will be clearer and I’ll be able to reply to both writers of those emails.

Until then, I’ll just share some some photos I took today at Molly and Paul’s house. We had an incredibly good time and the food was amazing. Molly told me they have even been talking about marriage. Time will tell. 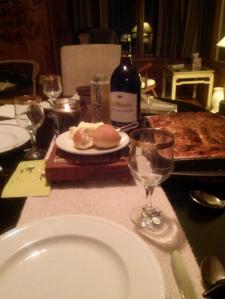 The lasagna before baking.

God’s presence in my life was like a flashing neon sign today. For the first time ever, I really understood the true meaning of Christmas. It has nothing to do with gifts, money or greed, but has everything to do with asking God what he wants from you and truly listening to the answer. You might have to wait a while but it will come with faith.

All that said, I’m still relieved the holiday season is over for another year. It’s not an easy time for a lot of us who have faced the worst humanity can dish out for most of our lives.

5 thoughts on “Best day ever”