When Charles Manson, the infamous mass murderer who ordered his followers to carry out a series of brutal murders in 1969, died in prison in early November,  I was intrigued by the many comments I read that half-jokingly (but also half-seriously) said that had Manson been free (and still alive) he would have become an icon for the alt-right and possibly even become a de facto alt-right leader.

If you don’t think about it too deeply, the comparison seems preposterous.  After all, Charles Manson was an outcome of the 1960s far left (or at least seemed to be):  an aging LSD-tripping, wild-eyed, long haired musician (I hesitate to call him a hippie because he actually was not) and ex-convict psychopath who headed a commune of long-haired young hippies, most who were girls and most who were runaways (or castaways) from broken homes.   The girls (and the few boys) who lived with him at the Spahn Ranch in the remote California desert worshipped him as if he were a God, and he played the role well.   He had a mesmerizing, almost supernatural effect over his charges, and these lost kids, who weren’t necessarily bad people when they joined his ranch, became so brainwashed they were willing to do anything for him — even commit murder for him.

Some members of the Manson Family.

The young women cooked, cleaned and had sex with Manson, and even bore his children, who were also fed drugs and indoctrinated in Manson’s strange religion.  There was nothing Manson could do, no matter how heinous, that wasn’t perfect in their eyes, and his followers defended him and his actions to the death, even after he (and several of the followers) were convicted of first degree murder.   To these kids, Charles Manson was the Messiah.

But Manson’s “Family” was not just a late ’60s hippie commune that went bad.  In fact, Manson himself (who was already a good bit older than the average hippie) held hippies in contempt and looked down on them.   He was irritated by their idealism and obsession with peace, love, and Vietnam.   He could not relate to either their pacifism or their idealism.   He disliked their attitudes that “we are all one,” because Manson did not share their views about race or unity.  He was a racist who hated black people and admired Adolf Hitler so much that he tattooed a swastika on his forehead, and required his “girls” to do the same.   The Family’s entire belief system revolved around a future apocalyptic race war Manson called “Helter Skelter”:

Patricia Krenwinkle, Susan Atkins, and Leslie Van Houten at their murder trial.  They believed they did no wrong.

Manson had been predicting racial war for some time before he used the term Helter Skelter.  His first use of the term was at a gathering of the Family on New Year’s Eve 1968. This took place at the Family’s base at Myers Ranch, near California’s Death Valley.

In its final form, which was reached by mid-February 1969, the scenario had Manson as not only the war’s ultimate beneficiary but its musical cause. He and the Family would create an album with songs whose messages concerning the war would be as subtle as those he had heard in songs of the Beatles.  More than merely foretell the conflict, this would trigger it; for, in instructing America’s white youth to join the Family, it would draw the young, white female hippies out of San Francisco’s Haight-Ashbury.

Black men, thus deprived of the white women whom the political changes of the 1960s had made sexually available to them, would be without an outlet for their frustrations and would lash out in violent crimes against whites.  A resultant murderous rampage against blacks by frightened whites would then be exploited by militant blacks to provoke an internecine war of near-extermination between racist and non-racist whites over blacks’ treatment. Then the militant blacks would arise to sneakily finish off the few whites they would know to have survived; indeed, they would kill off all non-blacks.

In this holocaust, the members of the enlarged Family would have little to fear; they would wait out the war in a secret city that was underneath Death Valley that they would reach through a hole in the ground. As the only actual remaining whites upon the race war’s true conclusion, they would emerge from underground to rule the now-satisfied blacks, who, as the vision went, would be incapable of running the world. At that point, Manson “would scratch [the black man’s] fuzzy head and kick him in the butt and tell him to go pick the cotton and go be a good nigger.”

The term “Helter Skelter” was from the Beatles song of that name (from their 1968 White Album), which referred to the British amusement-park ride of that name, but was interpreted by Manson as concerned with the race war.

There are a lot of similarities between the attitudes and beliefs of the alt-right and those of the Manson Family, which includes the cult-like worship of morally questionable, even psychopathic leaders.  Trump (and to a lesser extent, Steve Bannon and Roy Moore) are seen as messiahs to those who relate to their message:  heroic, refreshingly (to them) politically incorrect, abusively outspoken (they hear that as “honesty”) avengers and destroyers of the institutions and establishments they believed ruined America.  In Trump, Moore, and Bannon, they see men who sympathize with their racist, sexist, nationalist, anti-establishment, anti-government, and unpopular beliefs.

Like Manson, Trump also seems to have a cult-like appeal to his supporters.  It seems there is nothing he can say or do that will end their devotion to him.  Trump, possibly speaking the only truth he’s ever told, was right when he said he could shoot someone on 5th Avenue and he would keep his supporters.   They would walk off a cliff if he asked them to.   Manson’s followers were under similar thrall, believing him perfect and right even after he ordered them to commit murders to set off his dreamed of racial Armageddon.

Parallels between the alt-right and 1960s radical far left.

In some ways, the alt-right/white nationalist movement is even similar to the radical/militant 1960s far left movement that spawned groups like The Weathermen and the Yippies.    This far left movement, led by people such as Jerry Rubin (who later became an establishment businessman and 1980s yuppie) and Abbie Hoffman, was a movement that also encouraged anarchy and destruction of the establishment, by violent or militant means if necessary.  The anarchy and destruction encouraged by both groups had opposite goals of course: the radical 1960s far left wished to create a socialist, egalitarian utopia (using militant tactics to achieve that); the alt-right prefers a fascist nationalist dystopia.

Both movements attract(ed) young disaffected men who felt alienated from the society they were raised in.    Both movements also spread their message and inform each other of events using non-traditional, covert means of communication: for the far left radicals, it was “underground” papers, mimeographed flyers, and word of mouth; for alt-rightists, it’s social media like Reddit, 4chan, troll or neo-Nazi sites, and the “deep web.”   The alt-right, unlike the ’60s radicals, are more likely to achieve their nationalist dream, since they actually have a president (and others in power) who share their views. 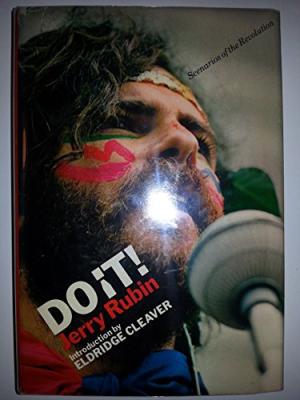 Here’s another article from VICE that draws a similar conclusion about Manson and the alt-right.

What Charles Manson Had in Common with the Alt-Right

7 thoughts on “The eerie similarities between the alt-right and Charles Manson’s cult.”