When most people think of a narcissist, they picture the stereotype:  a successful, wealthy male who is arrogant, grandiose about his appearance or achievements or intelligence, acts entitled, greedy, lacking in empathy, and is emotionally abusive to his underlings and his family.   He thinks far too highly of himself and while no one likes him, everyone respects him (or is terrified of him).  He doesn’t care if you’re scared of him or not; he just wants you to worship him and do his bidding.

But most narcissists actually don’t fit this stereotype. The traditional DSM description of Narcissistic Personality Disorder fit this stereotype best though, and that’s probably why most people picture an arrogant, successful man when they hear the term NPD.   While there definitely are narcissists who fit that description, most probably don’t.   And while NPD is usually diagnosed in males (females are far more likely to be labeled BPD or HPD), in actuality it’s probably just as common in women.  They’re just less likely to have been diagnosed with it.

I’ve noticed three main types of narcissists, and they can be either male or female.   Only the first type–the grandiose or overt narcissist–fits the traditional stereotype. 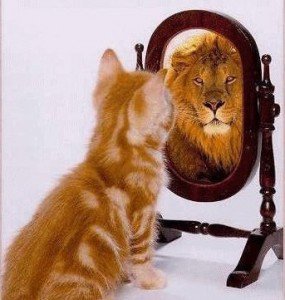 The grandiose, or overt narcissist, fits the traditional stereotype of someone with NPD.   There are probably more males of this type than females, but both exist.    A grandiose narcissist is drunk on pride, and will become extremely angry or abusive should you question his superiority or attempt to expose him as the narcissist he really is.   Most grandiose narcissists are successful, though not all are.   Those who aren’t successful act as if they were, spending money they don’t have and bragging about achievements they never earned (or exaggerating them).   They use others for their own gain because they can’t recognize that those around them are human beings with feelings, not objects to be used and discarded as they see fit.  Grandiose narcissists expect you to worship them and look up to them as paragons of superiority in whatever they have deemed themselves to be the “best” at–maybe it’s their appearance or body (somatic narcissist) or maybe it’s their intelligence or achievements (cerebral narcissist).   If you criticize them they become extremely upset and angry and will either attack or sometimes, give you the silent treatment.  They expect the world from you but will give you nothing in return, for you, lowly servant, only exist to worship them and give them the admiration and adulation they expect as their birthright.

A woman of this type is likely to be conceited about her beauty or perfect physical appearance, and looks down on those who don’t fit her standards of physical perfection.  But there are plenty of cerebral female narcissists too.  Both types tend to act snobbish and arrogant toward those they regard as beneath them.   She will also be demanding and high maintenance in relationships, demanding constant attention and adulation. She would never admit it but she is actually extremely needy and will eventually drive away lovers (or unceremoniously discard them herself when they fail to meet her impossible standards).

The next two types are both examples of the covert narcissist.  Covert narcissists are less grandiose but in their own ways, they act just as entitled and have little to no empathy.   They are a lot less obvious than the grandiose type, and because of that, can be more dangerous because you never expected such a “nice” person to be so abusive.  Covert narcissists are the real crazymakers, because they’re good at twisting everything around to make you seem like the abuser or “bad guy” while they remain blameless. 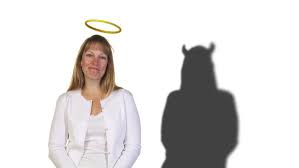 Mother Teresa herself has nothing on the Do-Gooder.   She is a saint, a paragon of virtue, and never, ever does anything wrong.  She attends church every Sunday,  reads her Bible, volunteers at the food pantry or at the church or school, and if she can afford to, gives a good chunk of her money to various charitable organizations.   She’s the stereotypical Jewish mother who always frets and worries about your well-being, but is really overbearing and her “overprotection” is really all about controlling you.   She will smother you with her “concern” and make you long to escape to freedom.   She may make it difficult for you to do things on your own:  you will be told you “need her help” or her company even if you don’t need or want it.  If you tell her to back off and give you some space, she’s likely to take on the Victim role, acting all butt-hurt, maybe even crying. She will guilt-trip you, whining,  “But I was only trying to HELP!” or, “I’m your mother–and you treat me so badly.”    There are male Do-Gooders too, but I think it’s probably more common in females.

Do Gooders also like to act all sanctimonious and self righteous, like the Church Lady in the old Saturday Night Live skits.   She loves to make others feel inferior by devoting the MOST time to a charitable event, the MOST money to a cause, baked the MOST cookies for the school bake sale, and then crow about how much she has done, and how much God favors her because of all her good, unselfish deeds.   If you have failed to meet her standards of saintliness, she will give you a condescending, withering look, making you feel like the worst person on earth. 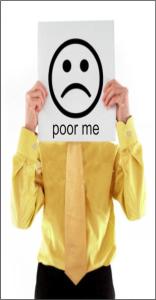 The victim type of narcissist is the opposite of grandiose, but is just as entitled and lacking in empathy.   These are emotional vampires that will suck everything out of you until you’re so exhausted and depressed you just want to go shoot yourself in the head.   The victim gets their supply in the form of sympathy or pity.  She will tell you all her problems and expect you to always be there at her beck and call, no matter how inconvenient this is for you.  She will make demands on you, expecting you to drop everything to listen to her latest crisis and will show no empathy if you have needs that take priority to hers.  In fact she may become angry or try to make you feel guilty, or project her own narcissism onto you and call you selfish.   But the favor won’t be returned:  if you ever have a problem of your own and want a listening ear or shoulder to cry on, she will either ignore you or find a way to turn the conversation back to her.  No matter how much you try to help, they keep making the same mistakes and never seem to grow or change.

These kinds of covert narcissists are especially infuriating because no matter what you suggest, she or he will find an excuse as to why what you suggest would never work.  They are frustrating because they never listen, and never thank you for your time.  They don’t really want your help; they just want your undivided attention and sympathy because it’s their preferred form of narcissistic supply.

8 thoughts on “3 common types of narcissists.”