Mel (Hippo 256) writes a blog called The Enability Blog about living with a number of disabilities, including PTSD. I’ll just let Mel’s About Page speak for itself:

Hi there, thank you for reading my blog. I really appreciate you’re taking the time. I’m a female and 21 years old. I love languages and study (amongst other things) English, Dutch, German and French (want to do Spanish someday too). I’ve got a couple of chronic diseases and disabilities, but you’ll find out more about that when you’re reading my blog. It’s too many to just sum up, but I can give away that I have chronic pain, chronic fatigue, rheumatism (fibromyalgia) and some other physical diseases and disabilities. I also have been diagnosed with PTSD.

I live together with my boyfriend/partner (my fellow Hippo), who’s also physically disabled, including a couple chronic diseases and a recurring depression. He supports me a lot, because he can really understand what I’m feeling. Together we tackle life’s challenges and hopefully enjoy life too (I can tell you, I often do enjoy life). We are both studying, but do this in a slightly different way. We can’t follow the regular pace, but that doesn’t matter. I also enjoy sports, photography (sadly, I can’t place my own photos here because of my anonymity), doing nice things with friends, travelling, animals etc.

Please visit Mel’s blog when you get the chance.
https://enabilityblog.wordpress.com

YOU ARE BEAUTIFUL AND LOVEABLE NO MATTER WHAT THE NARC AND HIS ‘PEOPLE’ SAY!

I’ve been doubting if I should write a post about narcissistic abuse. Not because I don’t want to help other people and I’m also very grateful for this opportunity. I was hesitant because of two reasons:

(1) You ‘just’ don’t talk about a subject like this. There’s a huge stigma on it. A lot of people seem unwilling to think about it and therefore put it away as ‘nonsense’. And people can be misunderstanding or harsh about a topic so sensitive. I learned my lessons and usually evade it. (2). I don’t think I’m good enough. I’m not a writer or a blogger, I just type whatever comes into my head, without really thinking about it.

But here I am, happy that I took this wonderful opportunity. Because:

(1) I find the people in this blogging community to be so understanding and willing to listen. I want to battle the stigma and help others. I wish I had read all these posts about narcissistic abuse and PTSD so much earlier, it would have saved me a lot of self-doubt.
(2) That idea, that feeling of mine that I’m not good enough (I never am) is one of those thoughts ‘implanted’ in me because of narcissistic abuse. I couldn’t think of a better way to ‘challenge’ one of the thoughts the narcissists had about me.

Both my partner and I have been abused by narcissists. But I feel the urge to talk about a very specific one, one I can’t talk about with anyone except with my partner. I’ve been mentally, physically and sexually abused by one “man” for about 6 months. I’ve never written about this before, so this post will be like an “introduction” to my story.

Love Bombing.
At first glance I knew: ‘I have to stay away from him’. We went to the same school together, I was 18 and he was 21. At first he didn’t seem interested in me, to the contrary. I was clearly not good enough to be allowed to communicate with him (he would happily let everyone know). Luckily, I didn’t want to have anything to do with him either. I really don’t like ‘those kind’ of people. At the time, I was still in a very difficult situation. I was already abused many times before and didn’t have anyone at the time. I was looking for support. And narcissists know that. One day, he started preying on me. Immediately I knew, I felt it. But I am strong and had nothing to fear, so I thought. This wasn’t about me, it was about him. He always got what he wanted and he wanted me, I was suddenly ‘pretty’ or ‘sexy’ or ‘interesting’. He would follow me after school, get my contact information through his many channels and he kept cornering me. I told him many times that I wasn’t interested in a relationship, which was not what he wanted to hear. But then one time his reaction and whole attitude changed. He seemed concerned, caring. He would tell me that I deserved to be in a relationship with someone who wanted to help me. I felt anxious and somehow said I was sexual abused before and therefore didn’t want a relationship or intimacy. That made him go all loose on the ‘caring act’. He wasn’t like that, he wanted to help me, truly. I could trust him. Why wouldn’t we just try it out? I could always say no to things and he would listen to that. I was so anxious and confused that eventually I said yes. Now I know that these are all common tricks for narcissists. 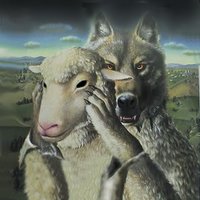 The Narc’s True Colors Come Out.
What followed was 2.5 months of ‘relationship’. He played so many (mind) games with me. And I actually knew. So soon I knew that this wasn’t right at all. It felt so wrong and I was so confused. Even though he would keep saying things like ‘it’s to help you’. Or he would be angry because I clearly didn’t love him enough (otherwise I would do that for him, even though that would cross my border). He would threaten me, or hurt me. I couldn’t escape. He had people everywhere (seriously, he did). Eventually I found the strength to break up and thought I was over his horrible abuse. But I wasn’t. He told me that I was nothing and that I should have been happy that he made me something: I was his slave (yes he would call me this, amongst other things). Which made me worth more than I was before. Those kind of sick things he would say. He abused me about 4 months straight after we ‘broke up’. “Friends with benefits” he would call it. I wasn’t a prostitute he said, you know why? I didn’t get paid, so that shows how bad I was. He wouldn’t pay for me, he never paid for anyone. I wasn’t the first “girlfriend” he had. All girls without (good) sexual experiences, so he could mold them, ‘train’ them. But he never kept anyone for long.
Eventually, I met my partner at (the same) school. I had a panic attack and he reached out to me. Because of his support and protection, I could eventually stop my abuser. The abuser has visited my school and the place where I lived a few times. To threaten me. But now, it’s all so much better.

Aftermath.
Going no contact with the abuser was very difficult for me. I found it very surprising, but now I know it is a common reaction amongst survivors. Once in a while I would get ‘urges’ to send him a message again. I kept hoping he would understand that he did awful, horrible, unspeakable and bad things to me. I hoped he would stop telling everyone what a liar I was and that we just loved doing S&M together (massive lie). He never acknowledged it. Now I know he never will. Narcissists don’t feel for others or think about others.

You Are Not Alone!
I want you all to know that you’re not alone. You’re not ‘stupid’ if these kind of things happened to you or ‘easy to get’. And there still is love, even for you. I often call my partner my saviour. He has helped me tremendously in my healing progress. Explained all these thoughts the abuser planted in my head, all the false things I believed. I wish everyone can find this kind of support. We all deserve that. Blogs can help us with that too.

After the abuse ended, this one thought kept appearing: How could I have let this happen? Now I know that’s not fair, I fought incredibly hard. I should never blame myself for this. Maybe I fought too hard, since it only caused me so much more pain and trouble (because of punishments and angering the abuser). This whole situation is incredibly complicated, so a lot of people misunderstand. Especially because I kept a mask on to the outside world (as I was forced to). But it is so important to know that a narcissistic relationship isn’t your fault. It can happen to anyone, really. And not going to the police, doesn’t make your story not true, or if you went to the police but the abuser was never officially found guilty. The justice system isn’t made to catch rapists and abusers. Believe in yourself. Somewhere, deep inside, you know when something doesn’t quite feel right. I know I always did, but would often ignore my core feelings. After doing research on the internet (mainly reading blogs) and talking with my partner, I also understand the things I did a lot more. There were signs everywhere.

I would like to end this blogpost with something important to me. Another thought I refuse to believe any longer. I am NOT a whore. And you aren’t either. We deserve to be loved, including by ourselves. Be kind for yourself please, your body and mind need you.”

14 thoughts on “Guest post #9: You are beautiful and loveable no matter what the narc says.”