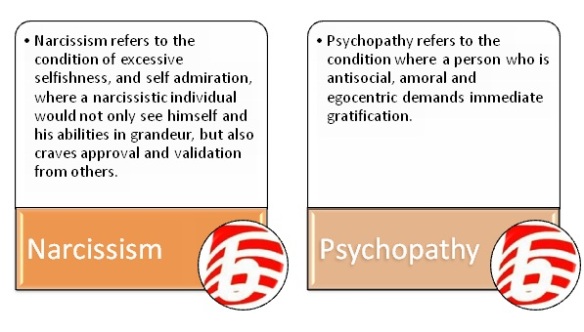 All four Cluster B disorders are vilified, especially on the Internet, but for a long time I wondered why NPD seemed to be even more demonized than ASPD (antisocial personality disorder) and psychopathy and seemed to be regarded as the most “evil” disorder to have.   After all, most narcissists are not going around breaking the law, murdering people (not physically, anyway), and most at least pretend to be nice to you, at least if your relationship is only casual.  They make a good impression and most have families and respectable jobs.  They go to church, teach second grade, and volunteer at the food pantry. If you’re just acquaintances or casual friends with a narcissist, they can even be a lot of fun.    They also provide a lot of our entertainment, as narcissism (including NPD) is over-represented  among celebrities, and what would we do without our movie, sports, and pop stars?   Antisocial people are far more likely to be in prison and most aren’t making a mark in the creative arts.   So why is it that narcissists are hated more than anyone else, at least on the Internet?  I think I finally figured out the answer to this, and there are a few reasons.

1. Narcissists are more likely to have raised us.

Not too many people with antisocial personality disorder become parents, or are allowed to keep their children for very long of they do.   They don’t need to have children for narcissistic supply since they don’t require that, and if they do have kids, their bad behavior is so obvious that their kids are usually taken away from them at a young age.   They don’t pretend to be good parents but secretly abuse their child the ways narcissists do.  They may even voluntarily give up a child because raising it is too much bother and gets in the way of their antisocial activities.

2.  Narcissists are more likely to have been a lover or a spouse.

Psychopaths and people with antisocial personality disorder tend to be loners, or run in packs (gangs).   They tend to dislike commitment and because they don’t require supply from other people, they usually have no use for a close relationship.   If they marry, it could be for financial reasons since all they care about is what works and what is practical. As a result, while they can’t really love, they may not really be that emotionally abusive. 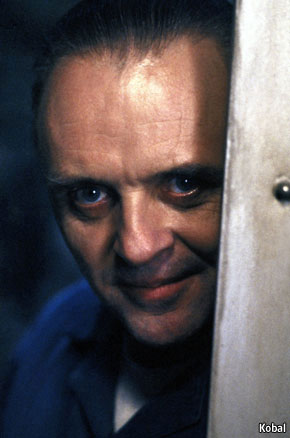 There’s a common perception of antisocial and psychopathic types being somehow apart from the rest of humanity, maybe not even quite human.   As a society, we are drawn to and fascinated by serial killers (though technically, a few, like Ted Bundy, have had an NPD diagnosis)  and a sort of cult has grown around psychopathic mass murderers, bank robbers, and serial killers.  They make good entertainment.   They’re also cool (something narcs are not).  In the movies, TV, and novels, the anti-hero is a “rebel without a cause” who usually fits the criteria for ASPD or psychopathy.   Even if they’re not committing crimes, they seem like exotic free agents who do whatever they want, whenever they want, and don’t give a damn what anyone else thinks.  Think of Ferris Bueller.  Ferris was more antisocial than narcissistic but he became a role model for millions of teenagers in the 1980s because he was just so cool.   If he was a narc he would have been cast as the villain.   Compare Ferris with Nellie Olson,  the spoiled, bratty rich girl in Little House on the Prairie.  Any questions?

While psychopaths and people with ASPD lie well and often, it’s usually to avoid getting in trouble.  They can be manipulative, but only to get what they want from you (and what they want isn’t narcissistic supply but more practical things that help them achieve their goals).   They don’t lie just for the sake of lying.  Gaslighting, triangulation, and other types of emotional abuse that involve vicious lies about another person’s character aren’t really their thing.

Related to the above, narcissists are always trying to undermine or even destroy you behind your back.  Essentially, they are huge cowards.  Psychopaths and antisocial people don’t care about such “niceties” and tell you what they really think of you right to your face. No, they don’t have any empathy either and they don’t give a damn if they hurt your feelings, but they usually won’t be pretending to be your best friend either (unless you can be of practical use to them in some way) .

6.  Narcissists wallow in self pity.

Psychopaths and antisocials don’t feel sorry for themselves or waste other people’s time whimpering about how everyone hates them or how they never get any breaks.   That’s because they don’t care what you think of them and they make their own breaks, even if they have to break the law to do it.   Narcissists are not only hypersensitive, they are very dependent on other people.  People with ASPD pretty much operate alone.  They’re too cool for such narcissistic shenanigans as wanting to be liked and admired.

Psychopaths and antisocial people do not require narcissistic supply, therefore they don’t demand too much emotional sustenance from other people.  Narcissists constantly require being blown up like a punching clown doll (and make you want to punch them).

8.  People assume most psychopaths are in prison.

It’s not true, of course (some are running huge multinational corporations or running for political office), but most people assume anyone with ASPD/psychopathy is in prison and therefore no danger to the rest of us.    In contrast, narcissists seem to be lurking behind every tree and lamp post and hiding under every bed.

23 thoughts on “Why narcissists are more hated than psychopaths.”