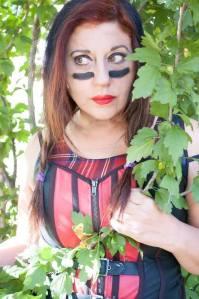 My friend who is in recovery from narcissistic abuse has started an indie rock band and has a great new song about her experience.

Here is what she has to say:

Hello everyone!!
I put a band together as a way to heal from Narcissistic abuse, after the Narc I knew told me I needed to give him my Gibson Les Paul and that I’d never play music in a band called, NarCissistic Mary. Here is the Sound Cloud link to my first studio recorded song called, “Its In Your Head” (Introspectrum). I will be releasing more songs shortly with my band. Please join me and will all journey together artistically and musically on my Facebook band page called: NarCissistic Mary (the capital C is intentional!)
Thanks 🙂

Here is the song on Soundcloud–enjoy! And please share.

14 thoughts on “Song about narcissistic abuse: It’s In Your Head (introspectrum)”