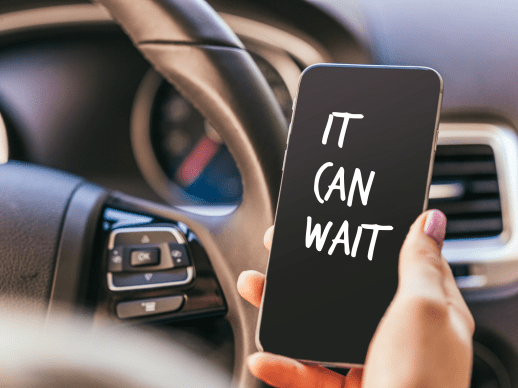 On Tuesday morning, on my way to work, I was in a car wreck.

Thank God I’m okay (I have no injuries at all), but my car is totaled.

Here’s how it happened.

We’ve had a lot of rain, and I like to take the long way to work, which is a pretty drive because the road meanders along the side of the river.   Because we’ve had so much rain, the river is very high, almost at the same level as the road.  If it got much higher, they’d probably have to close the road.

So I was staring at the water to my left instead of the road, and the next thing I knew I was veering off the road heading straight toward a ditch on my right side.   I frantically tried to correct myself, turning the steering wheel back toward the road, but it was too late, because I was already in the ditch.  The ditch wasn’t very deep, but it was filled with large rocks.  I couldn’t stop where I was and the car bumped over the rocks and I heard loud grinding noises beneath me as the car scraped over the rocks, and finally came to a stop in about six inches of sticky mud.

I was pretty shaken up, but I wasn’t hurt at all and the inside of the car looked fine and was still running.  I opened the door and got out on shaking legs to survey any damage to the body.   Other than part of the right passenger side bumper having been peeled off, the car looked intact.  Even the tires looked okay (other than the front two being partly submerged in mud).

Two pickup trucks containing about eight Mexican guys got out and within minutes had my car freed.  I thanked them for their kindness and then got back in the car, thinking I might be able to make it to work after all.  I managed to get it back on the road and drove about 500 feet, but the car wasn’t handling right and the steering wasn’t working right either.  I also heard grinding noises when I tried to shift gears.  I put it back in Park but it was hard to do.  The stick wasn’t moving right either.   I tried to start it again, but this time it wouldn’t move at all, either forwards or backwards.  It was as if it were stuck in Neutral.

I realized I wasn’t going to work that day.   I was an emotional wreck, not really thinking straight.   After calling the insurance company and getting a claim number, I called work and told them I would be out for about three days.   Since there was no police involvement, I realized I would be having to do a lot of the legwork on my own:  getting the car towed, arranging for a rental (my insurance covers rentals), and all the rest.   I told them I’d be back on Friday.

I had the car taken to a transmission place since that’s what seemed to be wrong with it.  The guys there said that it looked like when I went over the big rocks in the ditch, I basically tore up the axle.   They also said that based on the age (’99 Toyota Corolla) and high miles on the car, they doubted my insurance company would cover repairs and would just total it out.  The adjuster hasn’t seen the car yet, but pretty much confirmed what they told me.

I was able to get a great rental: a 2018 KIA Soul.  I want to buy it but I’m almost sure I wouldn’t be able to afford the payments.   But I can enjoy it for now until I get my insurance money.   Then I’ll be facing the stress of having to find another cheap car and all that goes with that.   I won’t worry about that yet though.   I’m just glad I’m alive and not hurt.

I feel like this was a lesson learned the hard way.  NEVER DRIVE DISTRACTED!  And please NEVER text and drive.

I definitely will be more careful in the future.  It could have been worse.