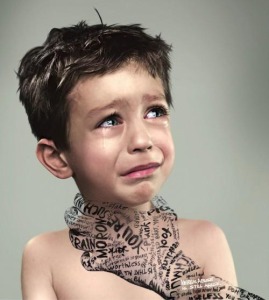 It’s become clear to me that not all ACONs and abuse survivors are on the same page when it comes to their attitudes toward narcissists.
Because we all are abuse survivors you would think there’d be more solidarity among us, but this is not necessarily the case.

It seems there are four distinct types. In spite of things I may have alluded to in the past, I don’t think any one group is worse or better than any other. They are different, and each has their reasons for having the attitudes they do. I’ll explain why I think the attitudes are different among the four groups. There is definitely a pattern I’ve noticed.

These ACONs usually underwent the worst abuse as children, or had two narcissistic parents instead of just one. Having abusive parents seems to instill the greatest anger in victims–more so than having been with an abusive spouse–and this anger isn’t easily let go of. This group has a warrior mentality: to them, ALL narcissists are evil, bad seeds, or demonic, and have no hope whatsoever of recovery or healing. They may acknowledge a continuum or spectrum among narcissists, but it’s not important to them. A narc is a narc is a narc, and they are all considered impervious to change and anything they do is suspect. Some ACONs of this type are ultra-religious and believe all narcissists are seared souls destined for hell.

2. All Cluster Bs are the Same Group.

This group goes a step beyond the first one, in that they believe anyone with a Cluster B disorder–Borderline, Histrionic, Narcissistic, or Antisocial–is character disordered and manipulative, and therefore all pretty much the same and to be avoided like the plague. They do not make exceptions even for Borderlines–the least “malignant” of the four disorders. People who subscribe to this view were as damaged by their malignant narcissistic parents as the first group. One of their parents may have been Borderline or Histrionic, rather than narcissistic– but people with those disorders don’t always make very good parents either. It’s unfortunately all too common for narcissists to collude with Borderlines in the abuse of the child, with the Borderline in the more codependent, subservient role.

3. Not all Narcs are Hopeless Group.

This group may be in the minority among ACONs (at least among bloggers), but it’s the group I’m evidently in–which has raised the ire of some of the Narc-Hating ACONs. People in this group aren’t going around singing the praises of narcissists and in fact the vast majority strongly encourage No Contact (just as the other two groups do). They do not tolerate or enable narcissistic manipulations and abuse, but they hold that because narcissism may be a spectrum disorder, that those at the lower end of the spectrum (non-malignants) may be redeemable under the proper circumstances and with the proper treatment. They may show more sympathy or empathy for people with narcissism than the first two groups, but they aren’t enablers either. Most do not believe malignant narcissists and psychopaths/sociopaths are redeemable, however.

Many people in this group were part of the Narc-Hating group when they were trying to disengage or go No Contact with their abusers. They used their anger to give them the courage and motivation to disconnect and stay disconnected. But because their hatred and anger toward narcissists isn’t as deeply ingrained as in the first two groups (I’ll explain why in the next paragraph), people in this group eventually can no longer hold onto their anger and prefer to try to understand the motives of those who abused them, while at the same time remaining disconnected from their abusers and not enabling narcissistic behavior. Their desire to let go of anger is very difficult for ACONs of the first two groups to understand, and people of the third group may be seen as betraying the ACON cause, even though this isn’t really the case at all. They’re just handling things differently.

Another reason a person may hold that some narcissists are redeemable is they may have a narcissistic child, and it’s an extremely difficult thing for a parent to accept that their own child may be beyond hope.

It’s been my observation that people in this group may have suffered less severe abuse as children, or had only one narcissistic parent instead of two. One of the parents (usually a codependent spouse) may have actually loved their child, and this love tempered the abuse inflicted on them by the narcissistic parent even if they were forced to collude with the abuse at times. Some people in this group may have even had normal childhoods with non-narcissistic parents, but got involved in relationships or marriages to narcissists (which technically means they are not ACONs at all). It’s been my observation that people who suffered most of their abuse at the hands of a narcissistic spouse or lover rather than a parent never developed the deep hatred toward all narcissists that the first two groups tend to do.

Codependents are often (but not always) personality disordered in some way, and many of them are Borderlines or covert narcissists. They are usually victimized by their narcissists, but also identify with and collude with their abusers. Most codependents were abused by narcissistic parents, and are drawn to narcissistic relationships where they are compelled to re-enact their abusive childhoods. This is the group that may never acknowledge they are being abused or reach out for help. They continue to defend and enable their abusers and may believe they are the ones at fault for anything that goes wrong. If a Codependent leaves their narcissist and realizes they were actually being abused, then they are no longer Codependent and join one of the first three categories.