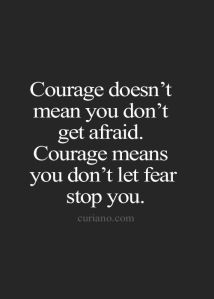 Martha Crawford, LCSW, tweeted a series of thoughts about the Trump administration that tell us why we shouldn’t let it make us quake in terror. I know for me, her thoughts brought me some comfort. I know a lot of people are in mourning right now, and scared for their lives. We can mourn, we SHOULD mourn, but never be afraid!

This nation is a big dysfunctional family, and the vulnerable among us — the poor, the middle class, the disabled, those suffering with mental illness, the sick, the old, the very young, people of color, Muslims, Mexicans, women, gay people, and everyone else who doesn’t fit the “straight, white, rich Christian male” image — are the scapegoats of this administration and its sociopathic, very un-Christian leader.     These scapegoats comprise almost all the “children” in this “family.”  But we are far from alone.  There are more of us than “them.”   We can and should help each other, and never let our unloving, selfish “parents” make us feel afraid or helpless.    That’s giving them what they want, and they feed off it to make themselves feel more powerful. Don’t give it to them.

Yes, the shit just got real.   But the sun will shine again.

So, listen. He has some power.
And it’s a temporal, worldly power established on a weak foundation — filled with cracks, outbursts, and hubris.
And all the myths and fairytales and scriptures tell us what happens to these kind of leaders.
And this is true across every culture — mythological texts teach us how to survive these dark “cursed” periods and how to undo them.
I’m not saying that his power is insignificant. It will destroy many, but it is fleeting because of its own unstable composition.
This administration will fly too close to the sun, will be brought down by a boy who names the truth, will sacrifice the wrong martyr.
It will transform all those who yearn to touch it into frozen statues of gold.
Its end was already written by the cruelty and avarice, the dominance and divisiveness that they wrote in the beginning of their story.
We can read those folk tales and retell those myths so we remember how to get through.
Befriend an old wise crone who seems to be a beggar, feed a magic animal, hold tight to the blessings of our mothers.
Be kind to the point of foolishness. Tell the truths that no one else acknowledges. Be quick, be clever, be resourceful.
The end of the cursed king’s story is written at its beginning. You need to use your heart and your wits to protect yourself and others.
When we all do that, it will help to bring along the fall that is inevitable. Utterly inevitable.
It’s not if. It’s how long.
And I only know it will come sooner if we aren’t afraid. Angry, sorrowful, grief stricken, joyful, generous, compassionate, and clever.
Fear and bewilderment are the ingredients they need to keep patching holes in their instability.
Feel every feeling. But find safe and quiet spaces for your fear and bewilderment. They feed off of that when they can smell it.
Be not afraid.
Do not become bewildered.
They will destroy others and ultimately themselves.
Don’t feed them your fear.
Don’t eat the fearful poison they want you to be contaminated by, because it will possess you and strengthen them.
That is our most central psychological task through the darkness — to come to terms with fear and to shake off bewilderment.
Withhold your fear from them. Do not listen to the spell that will bewilder and confound you if you are seduced by it.
Don’t eat anything they offer! Not a single pomegranite seed, not a box of Turkish Delight. Bring your provisions with you. Wait for grace.
Be kind to all potential comrades and allies. You never know of if a wounded bird is a powerful ally under enchantment.
We know what to do.
We have been here before. This is really not unprecedented. We have enacted this story over and over and over again.
It’s a story older than the Bible, older than the printing press. Older than our ability to remember these stories of survival and justice.
Whispered into our great great grandparents ears before they fell asleep at night.
We know what to do if we listen to the stories we have told ourselves for thousands upon thousands of years.

7 thoughts on “Don’t give them what they want.”