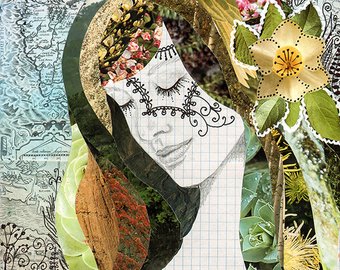 While I was in therapy a couple of years ago,  my therapist asked me to keep a dream diary.    I noticed that I actually seemed to remember more of my dreams while doing this.   I used to write about my dreams often on this blog, but even more often on another blog (Down the Rabbit Hole) I started around that time that focused on my therapy and the things I was discovering about myself and relationships with others.  I took that blog down about a year ago (it still exists, since I didn’t want to delete it, but I set it to private, and then stopped paying for its domain so it’s out there in WordPress Limbo somewhere but no one can see it, not even me unless I decide to revive the domain, which I doubt I’ll do).

Also about a year ago, I stopped going to therapy (I no longer felt that I needed it) and I stopped keeping  the dream diary, which was probably a silly thing to do.   Since then, I haven’t been paying much attention to my dreams and hence, I remember few of them.

But this morning I had one that was quite vivid and actually woke me up.  The dream seemed to have deep meaning and also a message that is important for me to remember, so I wrote the dream down as soon as I woke up.   My most  vivid dreams are always in the early morning, and this was no exception.  I consider this to be a very positive dream, though I’m not sure of its exact meaning for me.

I was cleaning apartments in a two story apartment building.   The apartments were almost identical and they were small.  The apartments at the ends of the hallways were a bit larger and had a different layout from the ones lining the hallways.  It was the end of the day and I was exhausted.  I wanted to go home, but I still had one more apartment to clean, on the second level.  It was one of the end-apartments, so it would be one of the big, rambling ones.  Ugh.  I hoped it would be one without pets or kids, maybe with a single old lady who barely touched anything in her home.   I was so tired!

Wearily, I headed toward the apartment.  Before I even knocked on the door, a woman who appeared to be in her late 30s or early 40s opened the door and ushered me inside.   How did she even know I was there?  She wore a wide smile and bohemian looking clothing.  Her hair was long and wavy, and tied in a messy ponytail with tendrils that curled around her cheeks.  She was a pretty woman, but seemed a bit frazzled.

The woman offered me some iced tea with lemon, and put out a plate of cookies, which I accepted.   Two dirty faced kids came running in and helped themselves, stuffing their faces with cookies.  The dog, some kind of sheepdog/retriever mix, came shambling in behind them, and barked a few times.  One of the kids offered him a cookie and off they went again, running back down the long hallway.

The woman, whose name was Delphine,  projected a bohemian friendliness, warmth and empathy.   I could see she was exactly the type of person who would feel right at home in such a messy, large, disorganized apartment.   The place was so huge and rambling that it seemed more like a house than an apartment.  It was much bigger than the other end- apartments I’d seen earlier, and seemed to have hidden rooms and all kinds of nooks and crannies that seemed utterly impossible in such a space.  It seemed as if it might be separate from this world and therefore not really in that apartment building at all.   The entrance to her home might have been a portal to another dimension.

Delphine showed me around the place, which seemed to ramble on endlessly.  She joyfully told me stories about the rooms and the children and animals who lived in them.  She also  showed me which rooms to clean, but there were only three I’d need to worry about.   I felt that she could sense how exhausted I was, and was trying to help me out by not overloading me with work.  The bedrooms I was to clean belonged to three of her children (I never did find out how many she actually had), but they were pretty well kept, so all I’d really be doing was vacumming the rugs, dusting, and straightening the beds.

The work went fast, so fast I can’t even remember doing it.   But Delphine wouldn’t let me leave.  Or more accurately, she didn’t tell me I couldn’t leave, but she kept showing me incredible, magical things that made it impossible for me to leave.   I noticed Delphine didn’t walk: she floated.  Although I could see her bare feet under her long Indian print hippie dress, she seemed to not really be using them at all.   What was this woman?

We were walking along some kind of half outdoor wooden catwalk to another part of the huge apartment (don’t ask) and growing directly out of the wooden planks was what she called a lotus bloom.  It was in some shade of purple but looked grayish too.  But its color wasn’t what made it so otherworldly and incredible.   I  bent over and looked closely at it.  I saw that the whole thing was moving, almost vibrating, and embedded in its whorl-like petals were other, identical, smaller blooms also vibrating.  Within their petals were even smaller blooms, on into infinity.   Magnificence in fractals.  I couldn’t stop staring, but t Delphine had other things to show me.

On another catwalk hung an intricate bamboo cage and inside the cage was the most incredibly colored bluebird I’d ever seen.   It was alone in the cage but didn’t seem lonely.   The bluebird was  colored blue and bright red (instead of the rusty color normal bluebirds have on their bellies).  The colors were of a brightness that that could be considered neon.   His feathers glowed and shimmered like LED Christmas lights in the middle of the day.

The bird looked directly at me and smiled.  No, it didn’t have teeth or lips, so I can’t explain how it smiled, but it did.   Somehow, I knew the bird knew me from somewhere before, but I couldn’t remember from where or when.  He seemed familiar and I felt good around him.  I couldn’t bear to leave.

I woke up at that point, and sat there for several minutes feeling awestruck.  I was trying to hold onto the memory of the dream before it fragmented and faded away forever , and then decided to scribble it down so I could write about it here later.