(continued from Part One) 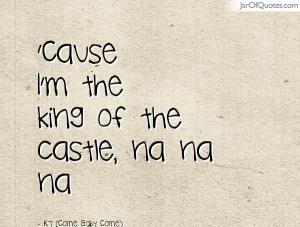 John also started making hundreds of plans – once he wanted this, next minute something else. Ordered me around like a boss- do this, find this website, look up this information. Next minute all plans were forgotten and he had another idea. In fact, it seemed he did not know what he really wanted or what he was doing.

He was also full of contradictions.  On day six of our online chat he had proposed to me and started planning our wedding. However, a few weeks later he decided he did not want to remarry. He said, “in my previous marriages the courtship was always great until signing the certificate. And then things started to go wrong. If you kick me to the curb I want it to be clean and simple”. A few weeks later he decided he needed to “reconsider the certificate, after all I want to spend the rest of my life with you.”

One day I saw him in front of the computer filling in a questionnaire .  It turned out to be a dating site where he had an active profile and his status was “not in a relationship.”  When I asked him why he was filling it in he replied innocently, ” Oh, they keep sending me this silly form over and over again… I have not had time to complete it yet.”  Lies.

After nine days we had an argument and he said he wanted me and the dogs to relocate to New Zealand!   “Let’s just take the dogs and walk out, get a plane to Auckland, drop your job, leave this awful place for good.  Take one bag with stuff just like me and leave everything behind just as I did. We will settle down in New Zealand, it looks like a great country welcoming newcomers! The weather conditions there are outstanding. You know nothing about New Zealand and neither do I, so it is going to be a new experience for both of us. We can make a new start there.”

WHAT?? I could hardly believe my ears!  I said no, I am not going anywhere, you must be totally crazy! He got angry, went online and said he had already booked his flight ticket to Auckland. Then he grabbed his bag with the very few things he owned ( a few items of clothing, a very old towel and a toothbrush – his ONLY worldly possessions) and walked out to stay in a hostel.

A week later I got an email from John saying he was still in the hostel waiting for his flight back to America.  He wrote it in a very sad, pitiful manner and I immediately felt he was trying to manipulate me into feeling sorry he was leaving so that I would take him back.  I refused, and he flew off to New York to stay with his younger son.

In his email John admitted being responsible for the failure of our relationship, as he was “unable to cope with my passion for dogs and the world of music. Maybe a better man could handle it.”

Later I figured out he had also emailed his ex-wife on the same day, but this version was totally different. His email to her said I didn’t want him here, as my life with the dogs and the world of music were more important to me than a relationship with him.

He knew perfectly well his ex-wife had been posting “all latest news from Europe” on her Facebook timeline for the whole family and mutual friends to read. She posted what John had written in his email to her and now everybody could read between the lines: “Oh, poor John… He wasted so much time and money to travel across the world for the love of his life — and what did the ungrateful European witch do? She didn’t want him there. She treated him like a crap. She kicked him out.   What a horrible woman.  Poor John!”
I was furious when I read this post!

After John left, I got in touch with his ex-wife to ask her what I had done wrong and to get some feedback. She said for sure nothing at all, it was most definitely him.  She told me in their 30 years of marriage John was very self-centered, controlling and manipulative. They moved 31 times to different states in America.  Before marrying her, John had already been married twice, and both of those marriages failed.

Her friends said she was the one who had kept John stable for so long as she was well-known for being an extremely patient and tolerant person.    She said their second bankruptcy was the last straw and she decided she was better off on her own, so she divorced him. She also told me John had no money and could never manage or save it, so he lived pension to pension.

He did not know how to manage money. If he wanted something he didn’t care how it would get paid, he just went and did it, and usually expected other people to pay.   This is how he has gone bankrupt at least five times in his life!

She said John had probably overwhelmed me with his outlandish fantasies trying to spend money that didn’t exist, he did not even have enough money for his full fare back to America so his son had to lend him some .  She hadn’t warned me in advance because she thought I might think she was trying to sabotage things or I would not believe her and she didn’t want to interfere.   She explained that she too had fallen in love with a charming, warm, loving and caring guy, that it was like falling under a spell and she let it go on for far too long.   Once John was comfortable with her and confident he had her in his web, he dropped the warm and caring facade and started his exploitative, entitled behaviors.

On his Facebook profile John boasted about a long list of “achievements”–but he had never finished anything or stuck with anything for long.   He dropped out of one school after a year because he was bored, other schools because of their “horrible teachers,”  etc.   The jobs he had he also quit or got fired from after very short times.   He tried to start some business but they always failed due to lack of finances or investors .   He never had any real plans or goals and didn’t seem to know what he really wanted.

He always thought he knew everything even if he was factually wrong. You tried to explain the reality to him and he just didn’t get it and would get mad. He liked to think he was an expert on almost everything from child rearing to car repairs or grooming dogs.  He took no responsibility for his decisions or actions, and blamed other people for his misfortune, bad luck, and wrong decisions.

Every night before falling asleep John practiced his “Fugue Dreams” in which everything was possible –he achieved everything he wanted and there were no issues, no limitations, restrictions or boundaries, no illnesses or accidents, no money needed. And there was always plenty of sex with me because I was “spectacular” in his Fugue dreams. I think this world of fantasy and reality mixed up in his mind into a bizarre alternate reality and nobody was able to explain him the Fugue dreams were delusions.

Later I heard there had been a lot of drama going on in his life.   John only spent a couple of days with his son in New York and flew off to Seattle to live with his best friend.  After a few weeks he fell out with this friend after 40 years of friendship (they had a big fight–I guess his friend was reluctant to carry out John’s orders or failed to comply with his many unrealistic and outlandish demands), spent a few days camping out in a forest,  then flew off to Florida to pick up a car which had been offered to him as a free giveaway, but turned out to be a huge scam instead ( neither the person nor the car existed).

From there John returned to New York by bus and spent a couple of days in the Salvation Army dormitory.  After that he was sharing a room with an old diabetic guy in a building run by a foundation that helps the homeless.

This was the last time I got some news about him, since I have been No Contact for several months now. I do not expect him to contact me again because I think to I am “dead to him” now.

I still wonder what hidden agenda this guy had? To find a roof over his head, a warm bed and an ” ideal love” in it as a special bonus, maybe he wanted a relationship as an island of stability in his totally messy and chaotic life… Or he wanted me as a sex object (of course he denied that when I asked).  Or maybe the excitement caused by the relocation and vision of an ” ideal love” served him as a distraction from the misery of his internal world. There’s no way to know.

Although John acted over-confident in some ways, he seemed extremely insecure whenever there was an issue in our relationship. If the misunderstanding was insignificant he usually asked, “Are we on the same page, baby?” “Are we a team?”  Or sometimes he’d panic and anxiously ask, “Are we done?” or “Is it over?”   The same happened whenever another man was just mentioned.   When I told him my guitar coach from the USA had just taught me to play a new tune, he got scared: ” Is your guitarist with you now?” I told him to relax, my coach teaches me via YouTube.  One day we were making holiday plans for summer and John said he wanted to bring me to America for two weeks and asked when it was the best time for me. I said the end of August would work, but I would need to be back at home beginning of September.  He freaked out:  “Are you meeting another guy?”

Every time he was ready to drop our relationship and I had to reassure him there was no other guy in my life and it seemed to take ages to make him feel okay again.   Maybe somewhere deep inside he felt he was out of my league and had nothing to offer.  After all, he had no home, vehicle, possessions, status, financial security…nothing.

His stepdaughter also told me John loves it when people beg him to come back to them or stay with them, then he feels by accepting their charity he is doing THEM a favour. He loves playing the “poor me” victim card and wants everybody to feel sorry for his misfortune and failures.

I know after breaking up with me John unfriended almost everybody on his Facebook account, deleted everything back to 2009 and only left two photos, his original profile photo and one post. He deleted all information about his place of residence, status, education, job, etc.  He created a “secret” account, so I could only see that it existed when I was trying to block him from contacting me via his old profile, but nothing can be found or seen about this new profile. He apparently does not want anyone from the past to see what he is up to now.