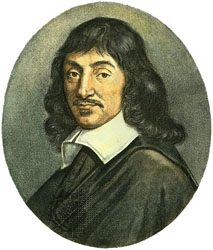 A reader named Anna Girolami (she has a blog called Good Red Herring) emailed me wondering if she could write a guest post for this blog.    I felt honored that she wanted to do this!  The post she wrote is definitely out-of-the-box and thought-provoking and has some intriguing ideas about handling people with various personality disorders, especially the Cluster B’s. I had to laugh at the reference to the “Killer Bees” (and will overlook the fact that technically, I’m included in this category, but since I’m recovering or maybe already recovered from BPD, maybe not).

I do want to add a disclaimer, however.   Anna’s thoughts about “managing a narcissist (or other disordered person)” are interesting, but I don’t think it would be wise in most situations, at least not for any length of time, and certainly not for any malignant narcissist or sociopathic personality.    No Contact, is of course, ALWAYS the best way to “manage” a narcissist, but there are situations where going NC may not be feasible.   In those cases, there is a technique known as “grey rocking,” which basically means being so mind-numbingly boring to the narcissist they go elsewhere and leave you alone.  Even that doesn’t always work, but I don’t think it’s really feasible to “manage” a disordered person without doing damage to yourself.  I think to try to manage a narcissist or another person with a personality disorder in this manner would prove extremely exhausting at best, and soul killing at worst.  Essentially, it means providing them with narcissistic supply!  So I don’t recommend it, but perhaps it’s something you can try if all else fails. It might work for the non-“Killer Bees” like the obsessive-compulsive or dependent PDs that Anna mentions; I’m not sure though, since I’m not as familiar with the Cluster C category of personality disorders.

That being said, I do see Anna’s logic here, and perhaps with a narcissist who isn’t very high on the spectrum or someone with a different personality disorder, this type of management might be an option.  Or, it might work in a pinch, when you can’t get away but you’re only with the disordered person for a short time, say at a party or a meeting.  It might work on a boss, too, if you really don’t want to leave your job and grey-rocking might seem too rude. (Never tell your Histrionic boss they’re sexy, though!)

Descartes and the Killer Bees.

René Descartes is regarded by many as the father of modern western philosophy. For most of us, he boils down to a single, famous phrase:

Cogito, ergo sum (I think, therefore I am).

A lot of disordered people, however, operate on a variation of this theme. I’m talking about Cluster B people – the Killer Bees. They don’t think, they really don’t want to think. That’s the last thing they want to do. No, their being depends upon something else:

Videor, ergo sum (I am seen, therefore I am).

Equally important to them, is the flip side:

Non videor, ergo non sum (I am not seen, therefore I am not).

One of the hallmarks of disordered people is “splitting” – the simplistic belief that things are either completely wonderful or completely dreadful. Anything more ambivalent than that is just too difficult to deal with.

For our Killer Bees, this habit of splitting combines with the above dictum in a catastrophic way. They can admit only two possibilities – either the whole world is watching them and thus they are alive or no-one at all is watching them so, arrrrgh!, they cease to exist.

Given that very terrifying choice, which one would you go for? A Killer Bee has no real option but to cling desperately to the belief that every single person in the world is watching them for every second of the day. It’s either that or existential obliteration.

This belief requires that – consciously or not – they beat down any aptitude for empathy that they may have. Iris Murdoch (who was a philosopher before she was a novelist) nailed this when she said “Love is the extremely difficult realisation that something other than oneself is real.”

The proper acknowledgement of other people’s autonomy and identity is a highly evolved function – one that many people seem unwilling to develop, on the very understandable grounds that it would deprive them of a great deal of secondary gain.

A Killer Bee cannot afford to acknowledge that anyone else is real. Even those – especially those – they ought to love the most. Other people are merely robots whose only function is to watch the Bee and thereby preserve them from extinction. Ideally, they should watch and approve. But even watching and disapproving is better than nothing.

What the watch-bots simply cannot be allowed, is any independent thought or action or intent of their own. That would mean they might stop watching the Bee for a while and then the Bee would cease to exist.

For a Killer Bee, it really is that simple – and that important.
Non videor, ergo non sum.

If you’re married to or in some other way entangled with a Killer Bee, it is futile expecting them to notice you, support you or in any other way treat you as if you are real. They can’t do it. Not without professional help and not unless they want to. Very, very few want to – why should they give up this way of living that means lots of lovely attention and never having to think about anybody else?

So, what do you do? If your Killer Bee is of the mild-to-moderate variety, you have three choices:

If you can’t/don’t want to ditch them, it seems obvious that your best option is to manage them. They’re quite primitive machines and, if they’re not too far gone, it is possible to manage them once you understand the clockwork. Oh sure, it makes you seethe, having to “manage” an adult, simply to stop them behaving like a three year old with low frustration tolerance. But it’s either that or suck it up, suck it all up.

Each variety of Killer Bee needs to be seen in a slightly different way.

If you don’t know exactly which type you’ve got, just go with “I see you, darling, you’re wonderful.” That will keep most of ‘em happy, it’s the seeing that really matters. When Killer Bees are happy, they can actually play quite nicely.

This sounds easy enough but here’s the thing – you have to do it all the time. Every waking second of their day, or near enough. Once a week simply doesn’t cut it.

They genuinely feel that if they are not sufficiently seen, then they don’t exist. When that happens, anxiety quickly overwhelms them. The narcissist will rage and belittle you, the histrionic will weep, the obsessive will sulk. Whatever.

It’s exhausting (and maddening) to have to supply this amount of constant watching with, inevitably, no reciprocation. It is, however, less exhausting than the tantrums. It may help if you realise that it doesn’t always have to be you who does the watching. They’re not fussy, these people. No one is real to them. One watch-bot is as good as any other.

So if you can do it reasonably, consider offloading some of the watching duties onto others (although not onto your children, that’s absolutely not supposed to happen. It’s a tragedy that it so often does). My own particular Killer Bee, an Obsessive with a heavy histrionic topcoat, is good at running, so I encourage him to enter as many races as he can. When he does well (which is usually. He’s an obsessive, after all), he gets a big chunk of lovely watching and approval from a whole host of other people – and I get a bit of time off. Its almost win-win.

Our holidays aren’t very restful though.

Have a great week,
Anna

15 thoughts on “Guest Post: Descartes and the Killer Bees (by Anna Girolami)”