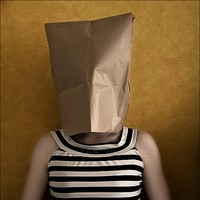 Covert (vulnerable or fragile) narcissism (cNPD) can, on the surface, look an awful lot like Avoidant Personality Disorder (AvPD–not to be confuse with AsPD!), which I have been diagnosed with, along with BPD.

But appearances are only skin deep.

I found an article on Psychforums (in the Avoidant PD forum) that describes the differences very well. Because covert/vulnerable narcissism is not an officially recognized diagnosis, and is not included in the DSM (yet), covert narcissists are frequently (if not almost always) diagnosed BPD comorbid with AvPD, as I am. Aspergers can also be easily confused with cNPD, and has been by many. But this article focuses on Avoidant PD, not Aspergers.

“Vulnerable narcissism could be misdiagnosed with at least two other distinct DSM personality disorders: Avoidant Personality Disorder (AVPD) and Borderline Personality Disorder (BPD). In the diagnosis of AVPD, there are several criteria that may overlap with vulnerable narcissism. First, avoidant individuals are observed as appearing shy and being fearful of developing close relationships with others. Second, individuals with AVPD may meet criteria for experiencing fears of feeling humiliated, rejected, or embarrassed within individual relationships. Finally, Millon (1996) proposes that the use of fantasy in individuals with AVPD is a major element in the presentation and perpetuation of this disorder. This is striking in the fact that the use of fantasy has long been denoted as primary to the realm of narcissistic pathology.The vulnerable narcissist will likely exhibit significant interpersonal anxiety, avoidance of relationships, and use of fantasy, but this is guided by a core of entitled expectations. That is, vulnerable narcissists may avoid relationships in order to protect themselves from the disappointment and shame over unmet expectations of others, in contrast to fears of social rejection or making a negative social impact typical of AVPD.

Another false positive diagnosis that may occur as a result of misinterpreting vulnerable narcissismis in the diagnosis of BPD. Masterson (1993) forwarded this issue in an elaborate discussion about the potential for misdiagnosis of the closet narcissistic personalitywith BPD. Misdiagnosis can occur because of a clinician’s attention to the overt presentation of the emotional lability in the individual to the exclusion of an understanding of the cognitive and socio-emotional experience that guides the lability. As with social avoidance, the emotional lability of the vulnerable narcissist is influenced by his or her covert entitlement and difficulties managing disappointment and self-esteem threat. In contrast, the emotionally lability of the individual with BPD is a byproduct of unrealistic anaclitic needs (e.g., the need for a strong caretaker to manage his or her fears of being independent).

The assessment of entitled expectations and exploitative motivations are important variables that would guide how an individual approaches and experiences relationships, including a therapeutic relationship. Not acknowledging narcissistic entitlement when it is present could lead to important misinterpretations of clients’ experiences that either reinforce their sense of entitlement or lead to unrecognized self-esteem threat in the therapeutic relationship (Gabbard, 1998).”

12 thoughts on “How does avoidant PD differ from covert (vulnerable) narcissism?”