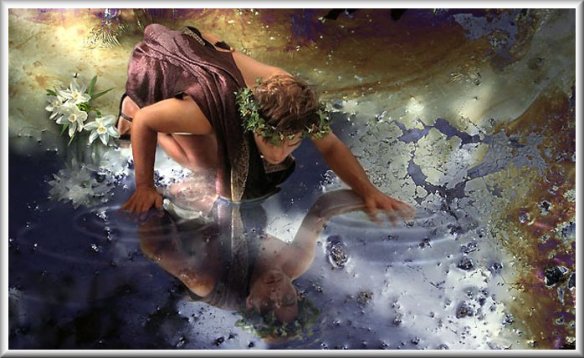 Many artists have depicted Narcissus, the legendary Greek hunter who loved to stare at his own image in pools of water, but eventually realized he could never possess just a reflection of himself, and in deep despair, killed himself. Other versions of the legend have him falling into the pool of water while staring at his reflection and drowning. But there’s more to the legend. For those of you who enjoy mythology or just like love stories, here’s the story in its entirety:

Narcissus was so beautiful that both men and women alike desired him, but Echo, a beautiful but overly talkative young woman, loved Narcissus most of all. Unfortunately, her adoration and devotion was unrequited because of Narcissus’ love for only himself. This seems so familiar to those of us who have been the victims in a relationship with a narcissist, doesn’t it?

I wonder if Narcissus would have gained narcissistic supply from knowing a well known and “popular” mental disorder was named after him. Probably.

Here are some of my favorite images of Narcissus (and Echo).

Caravaggio’s painting is my favorite, and I have used this image in a few other posts. Narcissus is so beautiful here, I could stare at him forever (just as poor Echo did). I love how lost he looks in his own reflection. He’s looking at it the way a man looks at a woman he’s fallen in love with. 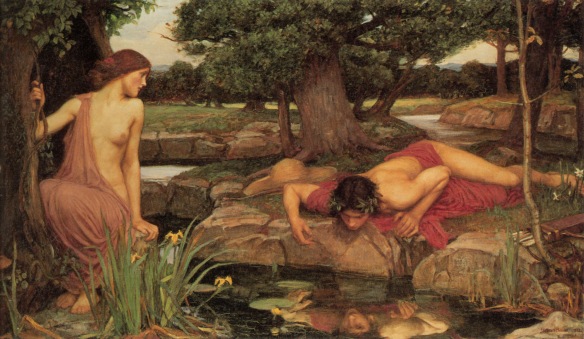 John William Waterhouse’s 1903 painting of Narcissus and Echo is another of my favorites. Narcissus is completely unaware of Echo’s presence. You can tell she’s in love with him but he doesn’t want her. In fact, he doesn’t even know she exists. In his world, only he exists. 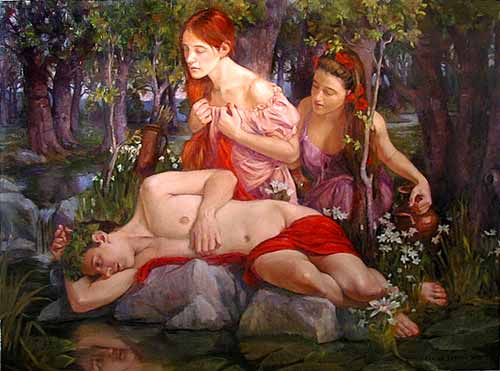 Narcissus and 2 women. Artist unknown. (Does anyone know who painted this?)

I do not know who painted this either. But notice how completely Echo is engaged, passionately embracing Narcissus, and yet he is not returning her embrace. He seems to be merely tolerating her. Theirs is definitely an unequal relationship. 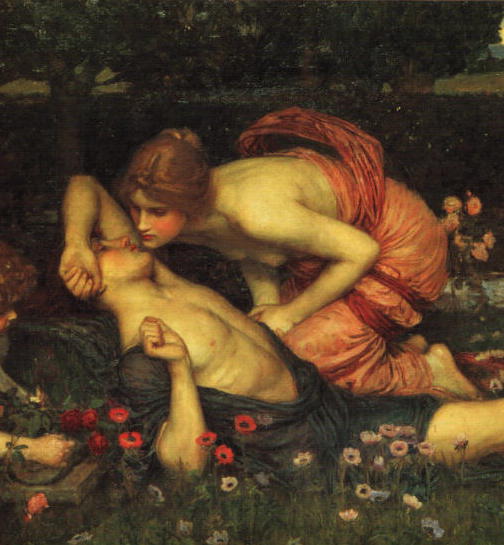 Another unknown artist. It appears this image may depict Narcissus after his death, or maybe he’s just asleep or pretending to sleep so he doesn’t have to engage with the adoring Echo. 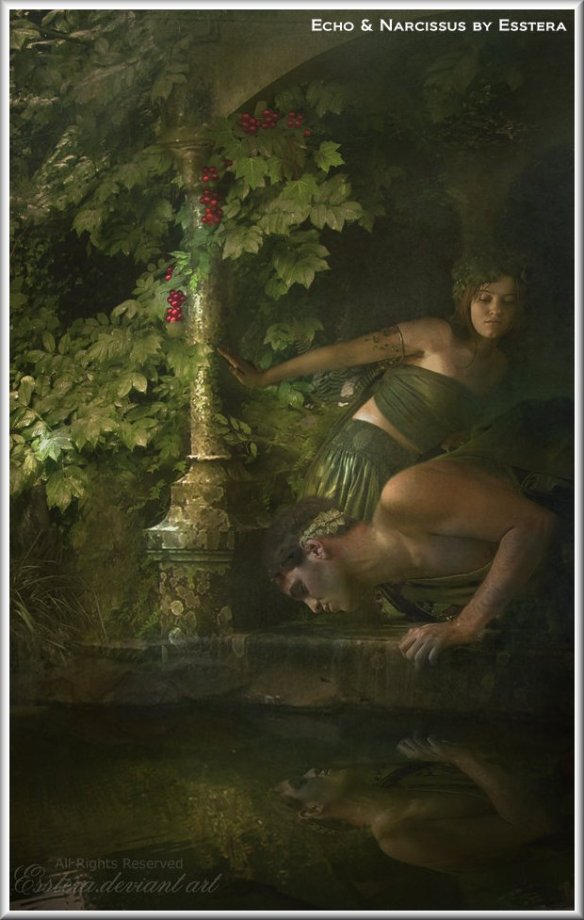 A modern take: Esstera’s Echo and Narcissus on Deviantart. I love Echo’s almost angry expression and body language in this. 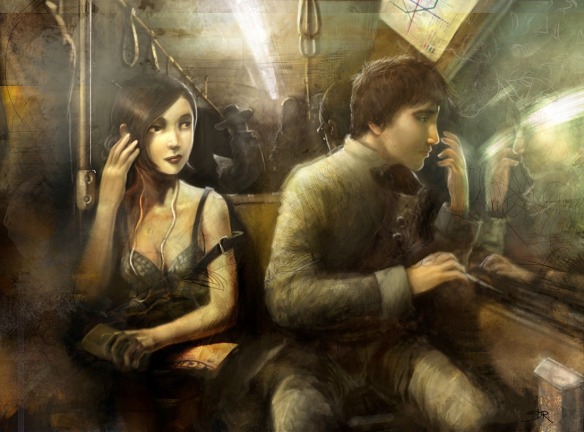 Another modern take, moved to an urban environment (looks like a NYC subway)–“Narcissus and Echo” by David Revoy. I love this! 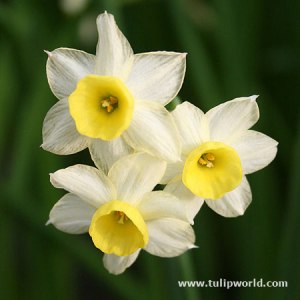 The Narcissus flower, related to the daffodil, according to legend bloomed on the banks of the pond where Narcissus died.

There are many other images and paintings of Narcissus and Echo, but these are the ones that really capture my imagination and I think are the most beautiful.

21 thoughts on “Who was Narcissus?”