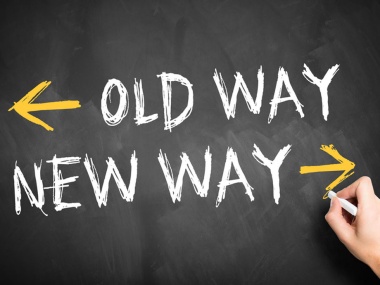 It’s time to change a couple of things about myself.   Laziness has been a factor in both, though there are other things involved too, and this post is where I will explain it all.

The first thing I’m changing is I’m going back to church.

Due to Trump’s far right evangelical base’s racism, greed, and general lack of empathy, and the twisted perversion of Christianity known as dominionism infiltrating many evangelical and fundamentalist churches, and also the highest echelons of our government (and corrupting every one of our vital protective institutions while violating the Founding Fathers’ idea of the separation of church and state), I’ve been finding the term and even the idea of  “Christianity” offputting.

I believe this is deliberate psychological manipulation enacted by people and organizations who (much like radical extremist Islamists) use religion as a weapon to control human beings and to justify cruelty, callousness, and even torture.  (Christianity was also used to justify slavery during the Civil War and many of the worst atrocities in western history).

What these individuals and churches are practicing is not Christianity at all.  These are Pharisees and false prophets, wolves in sheeps’ clothing.  Some followers may be hapless victims of their cult and not realize they are actually part of a fascist political movement overtaking the country, but their wealthy and famous leaders and televangelists most certainly know.  Some people have dubbed these false Christians “Christianists,” to delineate them from Christians with a more traditional, Christlike belief system.

The dominionists’ goal is not just destruction of America as we know it, but also destruction of true Christianity.   What better way to turn good people away from Jesus (and turn them toward atheism or to Eastern religions or paganism) than to make the Christian God as cruel, narcissistic, mean, greedy, and punishing as possible?  To twist Jesus’ message of caring for the “least of these” into a barely concealed contempt for the most vulnerable among us, a Savior who reserves special treatment for the “anointed” wealthy (dominionists believe wealth and worldly power is a sign of God’s favor) and condemns the poor and sick (who are not “chosen”) to hell.    Dominionists believe that dissent or resistance to a political leader (no matter how immoral or unjust) is a sin that will send you straight to hell (They base this on one line in Romans 13).  Many dominionist preachers, from Franklin Graham to Lance Wallnau to Robert Jeffress, all insist Trump was anointed by God, and to defy or disapprove of Trump will ensure that you suffer in hell for eternity.    Of course, this only applies to the far right Republican leaders they approve of.   If you resisted Obama or Clinton, none of this applies.

Dominionism and far right evangelicalism bears no resemblance to any Christianity I ever heard of until it began to infiltrate our government and started getting more media coverage.   It bears no resemblance to the traditional idea of Jesus as a kind teacher who inspired the Golden Rule and healed the sick.  It also bears no resemblance to the Jesus who was so enraged by the greedy money changers in the temple that he overturned their tables and sent them running.   Dominionism is all about tithing and preachers reaping huge profits.  It’s all about power and dominating others.  The pervasiveness of this dangerous christofascist movement is, unfortunately, turning me off to Christianity.

If Satan is real, I imagine this is exactly how he’d go about turning people away from God.   He wouldn’t use pentagrams and blood sacrifice because that would be too transparent and obvious.   No, he’d disguise himself within an established religion such as Islam or Christianity, pretending that evil is good, and good is evil.    The Father of Lies wouldn’t be transparent enough to reveal himself.   He may well pretend to be God.

And so, my church attendance has gone way down.   The last time I attended mass was on Christmas.   I was happy to be there, but I still can’t shake the bad feeling I get these days from the mere idea of Christianity, whether Catholic, Protestant or nondenominational.  It isn’t my church itself, which I love.  My church is Catholic, but is also quite liberal, and the priest never brings up politically controversial subjects like abortion (I myself am pro-choice — up to a point).  Although my priest is careful not to talk about politics during the homily, he has made it pretty clear how he feels about the migrant situation, the rollback of environmental regulations, and the current president’s cruel policies without actually mentioning his name–and his opinion is not positive.    Although some conservative Catholics are Trump supporters (and there are Catholics working for Trump), the Catholic Church is actually vehemently opposed to Trumpism because of its disdain for immigrants, the sick, the poor, the disabled, children, the elderly, anyone who’s different or vulnerable, and all the “least of these” people that Jesus loved the most and demanded his followers treat with compassion.

But I still couldn’t shake the “Christian” stigma.   To many people today, the term “Christian” elicits the same negative mental image as “Muslim”:  oppressive, misogynistic, and often violent religious zealotry.    Of course in both cases, only the extremists are that way, and what they practice isn’t either true Islam or true Christianity.    And even as a Christian myself, the term “Christianity” was starting to make me recoil and turn my back on it.    I was “losing my religion.”

As a sort of compromise with myself (and God), one day in the early fall, I decided to attend a Unitarian Universalist service.   It was beautiful, uplifting, inspiring, and the people were friendly and welcoming.   I loved the sermon and its message of social justice, equality, kindness, and acceptance of diversity over exclusivity.     In fact, it was a perfect church for someone like me, except for one thing:  its failure to acknowledge the existence of God, or any higher power or higher intelligence.    That bothered me because I don’t think (and have never thought) we just got here by accident.  Yes, I believe in evolution, but I also think it wasn’t random, and there was some kind of higher intelligence — a God — overseeing the entire process.

Even more confused, I just decided not to go to church at all.  I made an exception for Christmas mass, but I do feel like something important is missing from my life.  I find myself slipping back into my old ways of thinking and feeling when I was agnostic, and that just doesn’t work for me, and never did.   I feel strongly that God has been calling me back, but I haven’t heeded that call.  Yet.

Lent is almost here, and last year for Lent I successfully gave up smoking.   I believe it was God’s presence that made it much easier for me to quit than it would have been otherwise.   I haven’t smoked a cigarette in a year!   So I have decided to return to my adopted church, and in doing so, give up something for Lent that will honor God and at the same time help me.

What better thing to give up for Lent than my Sunday morning laziness?  (I do love sleeping in on weekends).    Maybe by immersing myself in a Christianity where acceptance, respect for the planet, compassion, and all the other good qualities of Jesus are valued instead of denigrated,  I might be able to let go of some of the negative political associations I’ve developed toward Christianity because of what American Evangelicalism and the Trumpist GOP have done to it.

I’m making another change too.    I’m going to write in this blog every day.   There’s no reason I can’t make a New Year’s resolution in February.  It’s  still early in the year.

This blog may never regain the level of activity it used to get (due to the Google changes I talked about in another post), but writing something every day surely can’t hurt and will probably help.   It will also keep me centered and focused.    Even if all I do is post a photograph, or a few sentences about some small event or observation (Tony Burgess does this all the time, and his blog is very popular) it’s better than posting nothing at all.