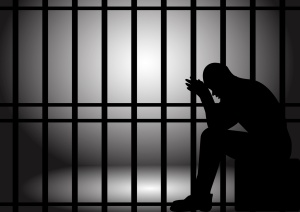 I’m going to go ahead and confess part of the big secret that I alluded to in an earlier post. I’m writing a book about Sam. I can’t say too much else about it right now because the book’s focus hasn’t completely gelled in my mind yet. Right now I intend for it to be a biography, focusing on NPD from the inside–that is, what the disorder FEELS like. Sam is a controversial figure, and has enemies within the narcissistic abuse community and even more so among professionals who specialize in NPD (mainly because in their minds he lacks the proper qualifications), but there are also a great many people he has helped–even if helping wasn’t his intention, which it most likely wasn’t if he really is the malignant narcissist he says he is.

I took on this project because I need to come to my own conclusions without being influenced by others, either positive or negative. I do feel like Sam’s been more maligned that he deserves over the brouhaha over his “paper mill” degree, among other things. He’s an interesting character, and to my way of thinking, deserves to have a book written about him. I realize it will probably be a small market, but that’s okay–his story needs to be told. I also realize this will most likely be a feast of narcissistic supply for Sam, but I can live with that. Of course, I’m not going to sugar coat anything–but narcissists even consider negative attention to be satisfactory supply. In fact, some even prefer it. I think my book will be balanced, and there are good reasons to defend him from his haters but there are many things I don’t know about him yet either. If he’s really that malignant, I could wind up hating him myself when I’m done with this project. Or maybe not. Whatever happens, I know it will be very educational and mind-expanding and I feel that one way or another, writing this book will change me in some profound (and good) ways.

So anyway…Sam gave me the go ahead for this project after I emailed him wanting to do it. I’m trying to figure out how to go about getting an interview with him (I would have to go to Macedonia), but for the time being, I emailed a woman who did interview him who has some tapes and who may be able to share those with me. I’m waiting for a reply. Sam also sent me a long list of links to his writings, most which I have never seen before but which are publicly available here. These are his personal journals, poetry and short stories. I have a lot of reading to do!

Sam’s disordered mind fascinates me because he has two qualities in spades that both fly in the face of the typical narcissist (and he insists he is a malignant narcissist; of that I still have my doubts but that’s another thing I need to find out on my own): he is completely and brutally honest, and he has incredible insight into his disorder.

I’ve rambled on long enough about why I want to write this book. In reading Sam’s journal entries, I came across this one that left me gutted, breathless and nearly crying. It’s hard to wrap my mind around how a narcissist–a machine-like being with the inability to feel–can write about themselves with so much raw and searing emotion. There’s something else going on there. He’s a wicked good writer, but I believe with the certainty that the sun will rise tomorrow that there’s not one shred of fiction in this journal entry. I can smell bullshit from a mile away by now, and there’s no bullshit here. For the record, Sam’s poetry is just as gut-wrenching as his prose.

It’s about the day he became aware he was a narcissist. Until that day he had no insight into his disorder; he gained all his insight after the incidents leading up to that day. In some ways, the way he describes it, NPD seems much like a dissociative disorder, like MPD (multiple personality disorder). I have written before about how taking away a narcissist’s supply would send them into a “narcissistic crisis” of severe depression, forcing them to confront their own emptiness, which in turn results in emotional catharsis; this is exactly how it happened here for Sam.

Unfortunately, he got to that point, but was either unable or unwilling to seek further treatment to attempt to rewire his brain to have empathy or a conscience. A cure may not be possible. Maybe you can’t retrain the adult brain to have a conscience the way it was done for a child like Beth Thomas; I just don’t know. That’s one more thing I need to find out more about. I sure have my work cut out for me.

How I “Became” a Narcissist

I remember the day I died. Almost did. We were in a tour of Jerusalem. Our guide was the Deputy Chief Warden. We wore our Sunday best suits – stained dark blue, abrasive jeans shirts tucked in tattered trousers. I could think of nothing but Nomi. She left me two months after my incarceration. She said that my brain did not excite her as it used to. We were sitting on what passed as a grassy knoll in prison and she was marble cold and firm. This is why, during the trip to Jerusalem, I planned to grab the Warden’s gun and kill myself.

Death has an asphyxiating, all-pervasive presence and I could hardly breathe. It passed and I knew that I had to find out real quick what was wrong with me – or else.

How I obtained access to psychology books and to Internet from the inside of one of Israel’s more notorious jails, is a story unto itself. In this film noire, this search of my dark self, I had very little to go on, no clues and no Della Street by my side. I had to let go – yet I never did and did not know how.

I forced myself to remember, threatened by the immanent presence of the Grim Reaper. I fluctuated between shattering flashbacks and despair. I wrote cathartic short fiction. I published it. I remember holding myself, white knuckles clasping an aluminum sink, about to throw up as I am flooded with images of violence between my parents, images that I repressed to oblivion. I cried a lot, uncontrollably, convulsively, gazing through tearful veils at the monochrome screen.

The exact moment I found a description of the Narcissistic Personality Disorder is etched in my mind. I felt engulfed in word-amber, encapsulated and frozen. It was suddenly very quiet and very still. I met myself. I saw the enemy and it was I.

The article was long winded and full of references to scholars I never heard of before: Kernberg, Kohut, Klein. It was a foreign language that resounded, like a forgotten childhood memory. It was I to the last repellent details, described in uncanny accuracy: grandiose fantasies of brilliance and perfection, sense of entitlement without commensurate achievements, rage, exploitation of others, lack of empathy.

I had to learn more. I knew I had the answer. All I had to do was find the right questions.

That day was miraculous. Many strange and wonderful things happened. I saw people – I SAW them. And I had a glimmer of understanding regarding my self – this disturbed, sad, neglected, insecure and ludicrous things that passed for me.

It was the first important realization – there were two of us. I was not alone inside my body.

One was an extrovert, facile, gregarious, attention-consuming, adulation-dependent, charming, ruthless and manic-depressive being. The other was schizoid, shy, dependent, phobic, suspicious, pessimistic, dysphoric and helpless creature – a kid, really.

I began to observe these two alternating. The first (whom I called Ninko Leumas – an anagram of the Hebrew spelling of my name) would invariably appear to interact with people. It didn’t feel like putting a mask on or like I had another personality. It was just like I am MORE me. It was a caricature of the TRUE me, of Shmuel.

Shmuel hated people. He felt inferior, physically repulsive and socially incompetent. Ninko also hated people. He held them in contempt. THEY were inferior to his superior qualities and skills. He needed their admiration but he resented this fact and he accepted their offerings condescendingly.

As I pieced my fragmented and immature self together I began to see that Shmuel and Ninko were flip sides of the SAME coin. Ninko seemed to be trying to compensate Shmuel, to protect him, to isolate him from hurt and to exact revenge whenever he failed. At this stage I was not sure who was manipulating who and I did not have the most rudimentary acquaintance with this vastly rich continent I discovered inside me.

But that was only the beginning.