Finally, someone gets it! I detest phones. The lack of visual cues, the awkward silences, the AUDACITY of an annoying and insistent ringing phone interrupting me when I’m deep in thought, dropped calls that wind up having you talking to no one at all…ENOUGH! I hate phones and have always hated phones. At least nowadays I can see who’s calling and choose to answer by text instead of calling back or having to answer.

Why Introverts Hate Talking on the Phone 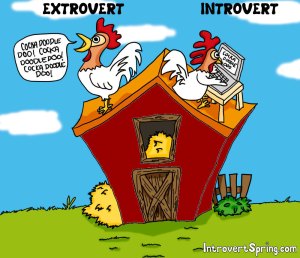 The other day, while talking on Skype with one of my best friends, I realized that something was horribly wrong. The video option was turned off. And, as we all know, Skype without video is just a phone.

Like most introverts, I detest talking on the phone. This begs the question, why do introverts hate the phone so much? After giving it some thought, I’ve come up with a few possibilities.
Lets begin with the ring. Whether your phone sings, buzzes or plays a piano tune, a ringing telephone is annoying. The phone doesn’t care that you are busy, or deep in thought. It pays no mind to the fact that you really don’t feel like talking right now. A ringing phone wants your attention – and it wants it RIGHT NOW!

I once had a friend who often put his home phone in the fridge in order to avoid its intrusive squawking. Thankfully, cell phones can be set to silent or vibrate.

Read the rest of this article here.

10 thoughts on “Why introverts hate talking on the phone.”