How Addiction Leads to Personality Disorders
By Sharon Torres 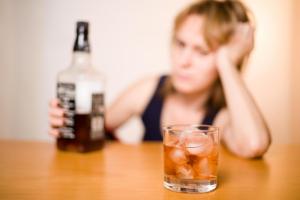 Personality disorders such as narcissism and sociopathy are often blamed upon the nature vs. nurture model. When people’s brains are wired to have these kinds of problems and it is coupled with childhood trauma, these are possible causes of having a psychological disorder.

However, there is another side of the story where personality disorders don’t just come from childhood trauma nor a natural brain wiring–it comes with the development of an addiction. I hope that my experience with being in a relationship with someone who is suffering from both addiction and a personality disorder will provide you with insight into how one caused the other and vice versa.

My story of narcissistic abuse

I was a naive girl in college back in my home country. I always dreamed of having a perfect relationship so I kept myself free from exclusively dating unless I was certain. My cousin then invited me to a social ball at this college, and this is where I met my dashing, charming, ex-boyfriend.

My ex was a senior of my cousin, so he was required to introduce me as his partner in the social ball. This young and handsome bachelor was known among his batch mates and he was known as the heartthrob of his class. This is where it began–after the party, he added me on Facebook which was to my surprise! I wasn’t even able to take a hint that he noticed me.

After hours and days of talking, the friendship quickly grew to something romantic. Looking back, I believe it was the love bombing phase in our relationship. Since he knew that I took the bait, he was eager to win me.

This romantic phase turned sour when we eventually became a couple after 3 months. I started to feel neglected, and I discovered something he had hidden from me throughout that getting-to-know-you phase–he had a drinking problem! Still, my rose-colored glasses stayed on. I was determined to “change” him and make our relationship better.

Little did I know that those hopes were just that–mere hopes. He was deep in denial of his drinking problem, and when he had fits of rage he would say things that he didn’t mean. He would threaten to break up with me, curse me, suddenly stop responding to my calls, blaming me as being too “controlling.” He would even talk to other girls just to show that I was easily dispensable. Being naive as I was, I thought that these were normal relationship conflicts. I took the verbal and emotional abuse as though it was something that I should work on. When he was sober, he would lure me in again through his sweet words and coaxing. The pattern repeated itself again and again, which ultimately tore my self-esteem.

My relationship with my ex was full of heartache and pain, until one day, I chose to free myself from this vicious cycle. It took me one whole year to finally get away from this narcissistic abuse after months of hoovering and questioning my decision. Needless to say, I do not regret my decision. I am happily married now to another man, and the difference was clear as day. Looking back, I realized how one’s personality can change due to having an addiction problem.

Why is addiction linked to personality disorders?

Addiction of any kind, whether it is drugs, alcohol, or other substances, can affect a person’s physical, mental, and emotional state. The addictive component found in these substances changes the brain’s wiring through continued use. In the case of alcoholism, the brain is led to the release of endorphins, which are the natural feel-good hormones of the brain.

The problem with continued, increasing use of these substances is that it quickly escalates from tolerance into dependence. When the brain and body are dependent on drugs and alcohol, functioning without it becomes a disaster–this causes the multitudes of withdrawal symptoms, anxiety, distress, and the dreaded changes in personality.

According to several Colorado addiction resources, a person who is addicted to substances may show one or more of the following traits:

Impatience. When a person suffers from substance use, it is their source of comfort and gratification. Without it, they may often find themselves having an attitude of impatience. They are impatient towards their partners, become unreasonably demanding towards others, or may show fits of rage because of their inability to wait.

Easily aggravated. Anger is another issue that may often appear due to substance use. When the body is largely dependent on drugs or alcohol, it may easily suffer from physical symptoms such as nausea, vomiting, cramping, or fevers. Additionally, it can also affect the person’s mood because of the many discomforts without the substance.

Impulsive. When combined with being easily aggravated, people who suffer from substance abuse and personality disorders tend to say or do things that they may regret later. They are prone to getting in physical fights, reckless driving, having multiple partners, or doing other dangerous acts that could affect them or their loved ones.

Manipulative
Manipulation is one of the hallmarks of personality disorders such as sociopathy and psychopathy. People who are highly manipulative will do anything to get what they want–without a sense of morality of their means to get there. In the same way, people with addictions can use other people and situations to their advantage, and this is because they need the immediate pleasure of consuming the substances they need.

Abusive. Abuse is not just through physical means. They can also involve verbal and emotional abuse, which are hard to determine especially if you are blindsided in your relationships. Most people who suffer from personality disorders along with substance abuse will use rudeness, cursing, and other forms of hurtful words at their peak of anger. A steady, loving relationship ensues respect from one another–and although conflicts are bound to happen, it does not involve hurting each other physically or through words. If you are a victim of abuse, seek help right away.

It is important to understand that people suffer from personality disorders due to their genetic or familial predisposition to them, from an abusive or neglectful early childhood, or from other early trauma. They learn that using substances make them feel “in control” of their disorder. In the same way, people also develop personality disorders due to continued substance use. It is a two-way cycle that exacerbates and increases the risk for both.

*****
Sharon Torres is a freelance writer who is chronicling her experiences through this thing called life. She believes that if you always move forward in life then there is no need to look back. Her favorite writer is Phillip K. Dick.

5 thoughts on “Guest Post: How Addiction Leads to Personality Disorders”