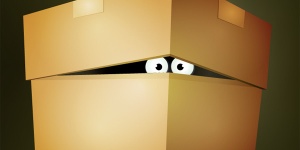 I expect to get trolled or unfollowed for this, but so be it.

I have a very unpopular opinion.  Some may call it Marxist or un-American (but in my opinion, it’s no more un-American than what’s going on right now in our government.).

Here it is.  Capitalism run amok (without controls and regulations to keep its excesses at bay) is worse than communism.  Unfettered capitalism is purely predatory.   It always leads to fascism.

Granted, communism is a terrible way to run a government (and has fallen out of favor in the developed world) because it’s extremely authoritarian and allows no real freedoms, no private property, there’s always the risk of food and other shortages, since the government, rather than private business, supplies everything.   But at least everyone has access to a first rate secular education (including higher education) and healthcare.  Those may be its only advantages but it least it has them.   The outcomes of communism have been terrible because it’s an ideology that just doesn’t work.    But neither does unregulated capitalism (except for corporations and the very wealthy).

If you look at the reasons why each ideology exists, communism at least had origins more noble and humane than the motive of pure greed that fuels capitalism.    Its core belief is that everyone is equal.  In the real world, of course, it doesn’t work, and communist governments always become corrupt with the leaders exploiting the populace and creating massive human suffering.   But unregulated capitalism is even worse because it’s basically a neofeudal system based on pure greed and the lust for power.  Without regulations put in place to protect the populace from its excesses, it rewards only the most predatory and sociopathic people, while exploiting everyone else and destroying the environment.    It punishes the most vulnerable and those with empathy while rewarding only people who have no issues exploiting others for their own gain.

So, as bad as communism is (was?), unregulated capitalism/neofeudalism like we’re heading toward here in America under Trump and the GOP is worse because it leads to fascism.  It leads to the oppression and the removal of basic rights and freedoms every bit as bad as those associated with communism.   It thrives on predation of the vulnerable and is therefore sociopathic and more evil than communism. There, I said it.

In my opinion, democratic socialism like they have in Scandinavian countries is the most ideal way to run a government.   People living in these countries score highest on the happiness index (even in spite of the endlessly dark and cold winters, which itself leads to depression and suicide), they have the longest life expectancy and the best health, there is the least inequality, and their people are far more likely to be prosperous then elsewhere (even though these aren’t the richest or most powerful nations).  Maybe such a system can only work in small countries with relatively homogenous populations though.

Short of that, humane democratic capitalist (capitalism can be balanced with enough socialism to make it humane and respectful of the earth — it used to be that way here, too) governments like Canada’s, that at least recognize the basic humanity of all its citizens, work best for average human beings.  Western Europe and most developed countries recognize this fact.  But in America, probably due to the Cold War, people are still terrified of the “S” word.  If they educated themselves on what it actually means (some people think the Nazi Party was socialist because it had the word in its full name — but it was actually fascist and not socialist at all) and stopped associating it with communism (which it isn’t), perhaps they would stop being so afraid of it.

The Benefits of Socialism

11 thoughts on “My extremely unpopular opinion.”