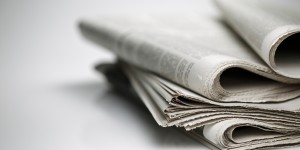 It sure seems a lot longer than four and a half months since Obama was president, doesn’t it? Like maybe a whole decade or twenty or even a hundred years ago.   With so much insanity bombarding us every day that has dire implications on our lives and those of the people we love,  it’s easy to feel like a Bobblehead toy that keeps getting sucker-punched by hard, cold reality.  These days, you might get trolled for even believing reality is real.   I think for many of us, staying glued to the news is the only way we feel like we stay connected to what’s real (even if that reassuring feeling of groundedness is just an illusion) .

Our favorite pundits and news anchors and commentators are the heroes we look up to for some idea of what unspeakable dangers might be coming down the pike.  You just never know anymore.   Things really could get THAT BAD.   Conspiracy theories don’t exist anymore because they’re our new reality.    Hyperbole is dead.     Anything that you can imagine, no matter how unimaginable, very probably will happen — and we’d better be ready for it when it does.   History itself seems like it’s become oddly pliable like wet clay and might even dissolve completely if we don’t stay constantly plugged in.   Let go of that lifeline for one minute or one day or a week, pretend like it’s the old days when you pretty much ignored current events and didn’t know (or care) what the difference was between a filibuster and a gerrymander, and you might fall into a bottomless void where reality doesn’t exist anymore and then it’s all over for you.

So, after fifty plus decades of not really giving a damn about current events or politics and being only intermittently and mildly interested during important historical moments such as Watergate, the Challenger Explosion, 9/11, the housing crisis, or even the OJ Simpson trial,  I’ve become a news junkie.    In fact, it’s reached the level of an obsession (I am an obsessive sort of person anyway).   I soon realized I wasn’t alone.  Suddenly, we’re a nation of amateur pundits and political commentators.    While we may annoy or disturb those few folks who are still blissfully oblivious and don’t follow the news,  one good thing can be said for this national obsession:  while we may have slept through high school civics class and had no inkling of how government worked before, now we can write entire dissertations about how government works — now that it no longer does.

So without further ado, here are 17 ways you can tell you’ve become hopelessly addicted to the news. 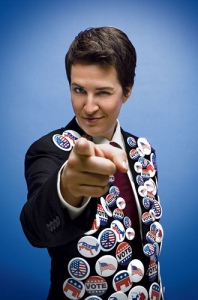 1. Rachel Maddow (or Lawrence O’Donnell or Chris Hayes) is your latest crush.

2.  You feel like the talking heads on TV are your friends.

3.  You keep checking your phone during the day for new tweets or Facebook posts about the latest debacle being unleashed from the White House.

4.  The President gives you that same wary, uncertain, triggered feeling that your ex did, and you have to keep checking to make sure he hasn’t taken away your healthcare or started World War III yet.

5.  You check for new tweets during your bathroom break.   All the President’s most outrageous tweets (which is most of them) are like cigarette burns in your memory.

6.  You scream profanities at the TV every night.

7.  You obsessively Like and share every article you find about the most current abomination or opinions that fit yours pertaining to said abomination.

8.  If you have a blog, all your posts start to be opinion pieces about the political situation.   At first you try to make them fit the theme of your blog somehow, but after awhile you don’t even bother with that anymore.

9.  You can’t tell the difference between a Saturday Night Live sketch and whatever political debacle the sketch is parodying, because reality has become as insane as anything a comedy show can come up with.  Real headlines are indistinguishable from headlines in The Onion.

10.  You wrote a song and called it “A Comey in the Curtains is Worth Two Spicers in the Bush.”

11.  You look at strangers and in your mind, decide if they are Trump, Bernie, or Hillary supporters — and judge them for it.   Or if someone is a jerk to you, you label them as a fan of whatever politician you hate the most and judge them even more harshly than you would have because of course, only a total jerk who supports X could do such a nasty thing.

12.  You actually care about what happens to the people employed by the FBI

14.   You let off steam by troll-tweeting Trump even though you know he’ll never see them.

15.  You spend time reading comments on Breitbart News to try to understand how the other side feels — and you just can’t.

16.  You finally decided to subscribe to the New York Times because certain people think it’s failing (even though you know it isn’t).

17.  You have hours-long conversations debating whether it’s MSNBC or CNN that’s veering into Fox News territory.

If you can stand to tear yourself away,  I highly recommend taking vacations from the news and having news-free days just doing things that make you feel good.   Your sanity depends on it.   Chances are, taking a break won’t be fatal.  World War III probably won’t start while you’re watering your petunias or reading a spy novel on the beach.  And if it does, you’ll probably never know it hit you because you’ll already be dead.  It’s not as if you could really do anything about it anyway.