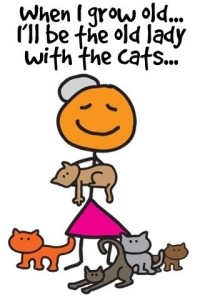 My ex husband was and is a malignant narcissist who actually has an NPD/ASPD (and Bipolar) diagnosis.  He almost destroyed me and my sanity with his constant gaslighting, verbal abuse, projection, lies, insults, mean sarcasm, threats, and refusal to lift a finger around the house or even work for the last few years we were together. He stole from me, ran up my credit cards (ruining my credit rating, which sucks to this day), tried (and almost succeeded) in turning our two children against me, invaded by boundaries, and once even threatened me with murder-suicide after I threatened to leave.  He still badmouths me to everyone he can, telling them how crazy and stupid I am (even though to my face, he always called me the most intelligent person he’d ever known). .

Sometimes I miss him.

I miss the way sometimes he could be so sweet and loving (usually when he wanted something).  I miss our long, intellectual conversations about politics, science, God, the universe, art, music, movies, and everything else under the sun.   I miss having a companion who would accompany me no matter what I was doing.   I miss having someone to spend the holidays with.   I even sometimes miss his unfunny jokes (which were often directed against me).

He had a few genuinely nice qualities.  His intelligence made him an interesting conversation partner.  He also loved animals and loved to cook.  I miss his cooking (even though he always overseasoned everything).  But these things weren’t enough to make me want to stay with someone who was so abusive to me and our kids.

I guess what I really miss isn’t him at all, but just that I miss being part of a couple, because I was absolutely miserable almost every moment I spent with him.  I know I will never go back, and have no love left for him, but I do pray for him and don’t hate him, in spite of the evil, horrible things he did to me when we were married and for the several years after the divorce that we stayed together.

I look around and practically everyone of my age is part of a couple. If they aren’t part of a couple, they have extended family or a large circle of close friends, or a fulfilling career.  I have none of those things.  I don’t wallow in self pity over that, but these are the facts.   I am fortunate to have a good relationship with my grown children.   I am fortunate to be fairly healthy and employed.  I don’t hate my life, exactly, but I am lonely.

Although I look young for my age, and am in fairly good shape, I don’t look THAT young.   I feel old, way too old to attract a mate.   I’m self conscious about my rather advanced age, and the toll it’s beginning to take on my appearance.  I wish I could turn back the clock, but I can’t. 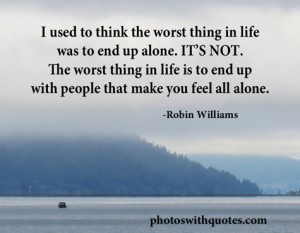 The idea of starting over again, with someone new, is just too daunting, and frankly, way too scary.   I still have too many issues connecting with real life people because of the trauma I suffered.  I have no idea where I’d meet someone.   I hear the online dating services can be quite predatory and I don’t want to spend the little money I have on something like that anyway.

I’ve also become set in my ways.  I’m way too selfish to want to change my lifestyle or compromise that in order to adapt to someone else.   I don’t know if I could do that now.  I like my time by myself, doing what I like to do, thinking my own thoughts, not having to take someone else’s wishes or wants or needs into account.   I have cats instead, so I guess that makes me one of those crazy cat ladies.  Well, so be it then.

At the end of the day, I think I just prefer to remain alone.   I’m really not interested in dating, I just sometimes wish I had the companionship that other women my age seem to all have.    I wish there was another person I was growing old with so I wouldn’t have to die alone.

20 thoughts on “Sometimes I miss him.”