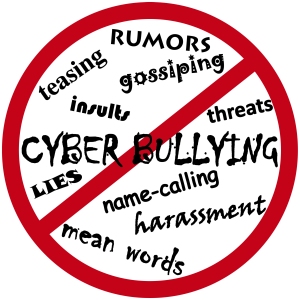 I think those of us ACONs and survivors of narcissistic abuse who post on public blogs that are accessible to anyone need to be very vigilant and careful. I will never make my blog private or require you to sign in first, but due to that decision, I realize I am going to attract MNs and psychopaths whose only desire is to bully, make incendiary and false remarks, and play “divide and conquer” games within the community. I am willing to take that chance because I want this blog to remain as accessible as it is. I want people to feel welcome without having to be “approved” first or having to sign in, because I hate having to sign into any website myself and will usually bypass any site that requires me to do that.

If you’ve been following my posts, I wrote two articles about some drama that was going on between me and another blogger who allegedly suffers from dissociative identity disorder (DID). I provided links to the nasty, character-assassinating articles that were written about me and my commenters and followers on their blog. I was quoted extensively in their rant (as well as several of the people who commented on those two articles) and was practically accused of being MN myself. The things they said were hurtful, but I also knew they were lies and intended to upset me. If this person is a narc, they were projecting their own disorder onto me. And that’s just so wrong, but it’s what they do.

I am letting that go and do not wish to further antagonize this blogger and will just delete or not approve any further abusive comments from them. But in thinking it over, I realized that there are going to be people on the Internet who use their own mental illness as an excuse to be able to abuse and be nasty to other people. That doesn’t mean they don’t have a mental illness, but it’s possible to be mentally ill and also a malignant narcissist who wants to hurt those who speak the truth. I also think there are some N’s (I’m not saying it’s this blogger) who feign mental illness because that gives them an excuse to abuse. We need to be very careful of anyone who says they have a mental illness but then make abusive remarks based on no real information. N’s are out there, lurking our sites and reading.

Not all N’s are going to be abusive to us. Some actually are honest and want to seek help or educate us about their NPD. Those are the ones with insight into their disorder.

But there are others, who may feign another mental disorder (or sometimes actually have it but use it as an excuse to be nasty and mean), who can become trollish and try to destroy our communities with their vitriol or make us fear their wrath. I refuse to let people like that make me afraid to post what I want and keep journaling about myself honestly and openly. I refuse to let them squelch or discourage me in my desire to heal and help others. I am made of tougher stuff than that now, and I know God is behind me, protecting me from the bullies and trolls who may want to attack me and this blog and keep me from speaking my truth.